Ivanishvili reveals what he and Saakashvili talked about

Ivanishvili reveals what he and Saakashvili talked about 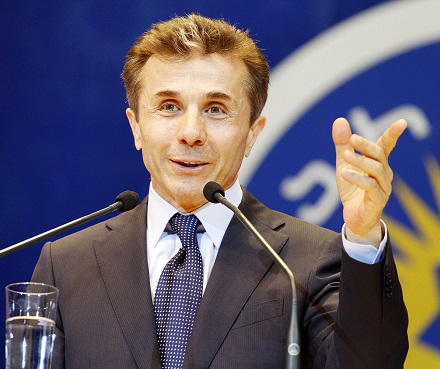 TBILISI, DFWatch–The Georgian prime minister Bidzina Ivanishvili has lifted the veil on what was said in an unusual conversation between him and President Mikheil Saakashvili last month.

The two leaders, who are maneuvering a precarious power-sharing situation, each managing their own power base of supporters sharply at odds with each other, met at the Jubilee party of the Georgian patriarch Ilia II, and were seen in what appeared to be a hearty conversation. This was the second and so far last time the two met after Ivanishvili surprisingly won the parliamentary election on October 1, 2012, and became head of government.

Before his Georgian Dream party’s conference Saturday, the billionaire revealed to journalists what they were talking about that night.

He said the president told him that Tbilisi Mayor Gigi Ugulava, and Vano Merabishvili, Secretary General of the National Movement, are heroes and will sit in jail with great pleasure.

“I thought these words was a joke,” he said, “but it seems he has planned it so. This is Saakashvili’s ideology–to legally punish the National Movement as much as possible, in order to present it in the US and Europe as if this is political persecution.”

He added that Saakashvili wants to punish many of his allies, as ‘he only thinks about saving himself.’

“They can present an amnesty bill and we will work on it actively.”

The prime minister and other government members have said several times that they are working on a bill that will give amnesty to former government officials.