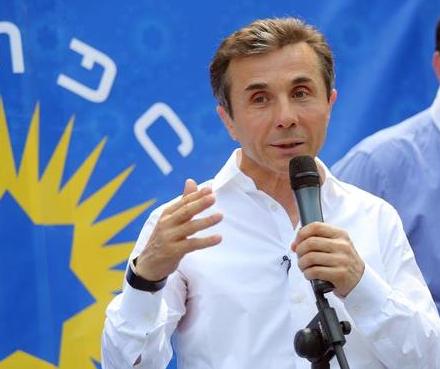 The opposition's Bidzina Ivanishvili considers putting the question of shifting power from president to prime minister to the people in a referendum. (Georgian Dream.)

TBILISI, DFWatch – The leader of the largest opposition bloc in Georgia doesn’t exclude that if he wins the parliamentary election he will hold a referendum regarding government structure.

Currently, the president holds almost all power. From 2013 these powers will be transferred to the prime minister while the president’s powers are reduced.

There is some suspicion among people, supported by some political analysts, that President Mikheil Saakashvili made these amendments for his own benefit. As his second and last presidential term is drawing to an end, becoming a strong prime minister is a way for him to retain power.

Bidzina Ivanishvili, leader of the Georgian Dream coalition, says political parties which are members of the coalition have differing views about how government power should be structured.

“Personally I support parliamentary rule and consider it best, but this is not a matter of principle for me. It is important to follow the law and make efforts to respect it,” he told journalists on Monday.

He explained that if necessary, the coalition will ask people their view on this issue through a referendum.

“When disagreements started showing in our ranks, I asked to reschedule this topic for the future. We will ask society. If it becomes necessary, we will conduct a referendum and agree with the Georgian population about the structure.”