Ivanishvili is still not a Georgian citizen

Ivanishvili is still not a Georgian citizen 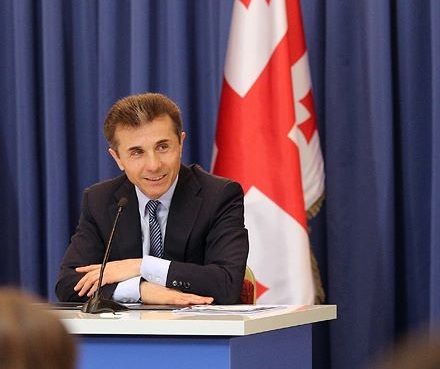 TBILISI, DFWatch — Georgia’s head of government Bidzina Ivanishvili has temporarily suspended the process of canceling his French passport, because it may cost him his position.

The prime minister said at a press conference Tuesday that he still doesn’t have a Georgian citizenship. He remains a citizen of France.

In October, 2011, a year before Ivanishvili’s coalition won the parliamentary election, President Saakashvili suspended his Georgian citizenship shortly after he went into politics. He was at the time a citizen of France, Georgia and Russia, but canceled his Russian citizenship to demonstrate that he didn’t have any connections with that country.

He also started to sell all property he owned in Russia. Even though President Saakashvili in 2004 personally granted Ivanishvili Georgian citizenship for special merits to the country, he revoked it in when Ivanishvili became engaged in politics in 2011, which meant that he wasn’t able to get involved in political life or finance parties.

The billionaire politician challenged this decision in court and requested to suspend his French citizenship to avoid the double citizenship barrier to getting back his Georgian passport. His lawyers claimed the president doesn’t have a right to revoke a citizenship which has been granted.

Later, after international criticism and recommendations, Saakashvili’s government established constitutional changes, which will let a foreign citizen have the right to participate in elections if he was born in Georgia, but Bidzina Ivanishvili refused to use this right.

He still remains a French citizen, even though Saakashvili agreed to give him his Georgian citizenship through naturalization after his party was defeated in election.

The prime minister says he doesn’t agree with being handed citizenship ‘as a present’ within the so-called cohabitation process.

“I would have been given Georgian citizenship if I would denounced my French citizenship, but I stopped this process,” he said, adding that this way there are contradictions in Georgian law.

The constitution says a double citizen cannot become prime minister, while a citizen of any EU member country can hold that post in Georgia.

The prime minister added that the new government will try to reform the constitution and solve this problem.