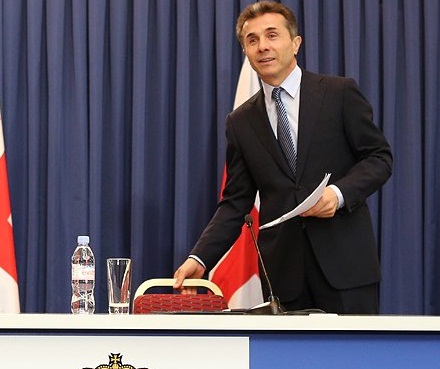 He said he doesn’t agree that people should get positions through being familiar with others, and that competition is the best way to get good staff.

About a month ago, it created controversy when Georgian media reported that many relatives of one member of parliament for Ivanishvili’s Georgian Dream coalition had been given high positions in the local government in the region where he came from.

At a press conference on Tuesday, the prime minister said he has only proposed two names, and none of them were selected for any post.

He said the restaffing process is normal and he is also interested in how people are chosen.

“As far as I know, people try hard and then they get posts. I don’t know, probably it mostly happens through familiarity and applications,” he said, adding that he likes the tender and competition and repeatedly calls on ministers to use such procedures.

“I discovered Irakli Gharibashvili (Interior Minister) this way a few years ago, when I needed specialists at Cartu, and I am very satisfied. Not only Georgians but French also love appointing people through familiarity, and it has its benefits when you know a person well, you know he is a professional. But if you are pointing on something that this process is not healthy here, I will find it out,” he added.

An online news service in the Kakheti region a month ago reported that family members of Zurab Zviadauri, an Olympic judo champion who was elected into parliament for Georgian Dream, were appointed to high posts in the local government. Among them were the sister of his wife, his cousins and others.

About five days later, Zviadauri’s relatives asked to resign. The region’s governor said he granted some of them permission to resign, while he tried to reassure the others to stay. He said they had felt humiliated.

Zviadauri later commented that he doesn’t think it was a crime, and that what he did didn’t interrupt the activity of the governor, who is the one who makes decision about appointing or dismissing people.