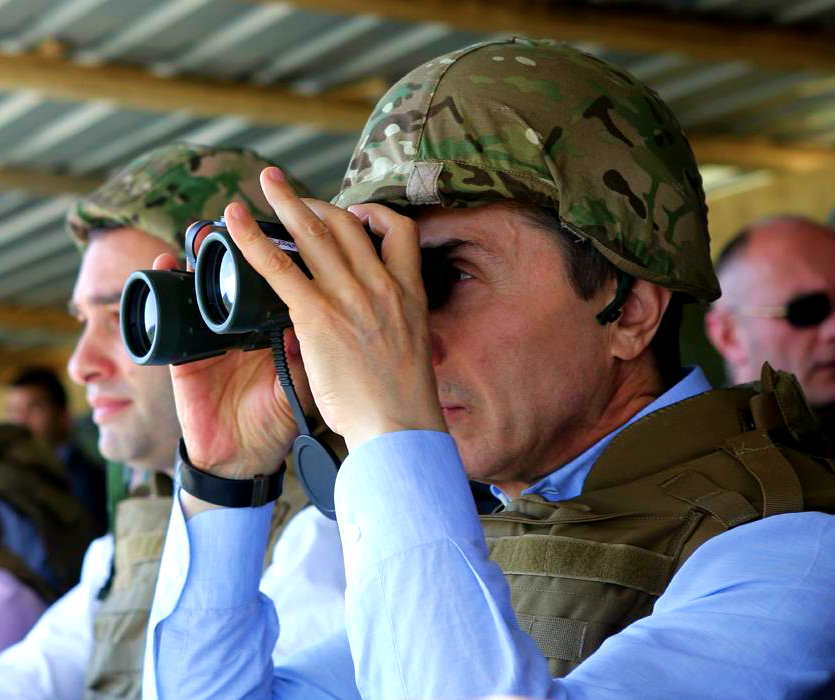 Bidzina Ivanishvili’s coalition is searching for a candidate for president. Defense Minister Irakli Alasania (left) has been mentioned as a strong contender. (Official photo.)

TBILISI, DFWatch–The Georgian Dream coalition will name its candidate for president next week.

At the end of the week, the coalition’s council will decide who will represent it in the upcoming presidential election.

Prime Minister Bidzina Ivanishvili on Tuesday told journalists that he has his favorite candidate, but doesn’t want to name him yet.

“Anyone can compete with the candidate of the United National Movement and can defeat them, as I know what attitudes are there in the public,” the PM said, adding that it is not necessary that his own favorite candidate participates in the election.

The coalition council’s session is to be held on weekends and already on Monday the coalition may name its candidate.

As for the United National Movement, it plans to hold a primary election inside the party to elect its presidential candidate.

The presidential election is planned to be held in October, 2013. After the election, a set of constitutional amendments will come into force which will reduce powers of the president.