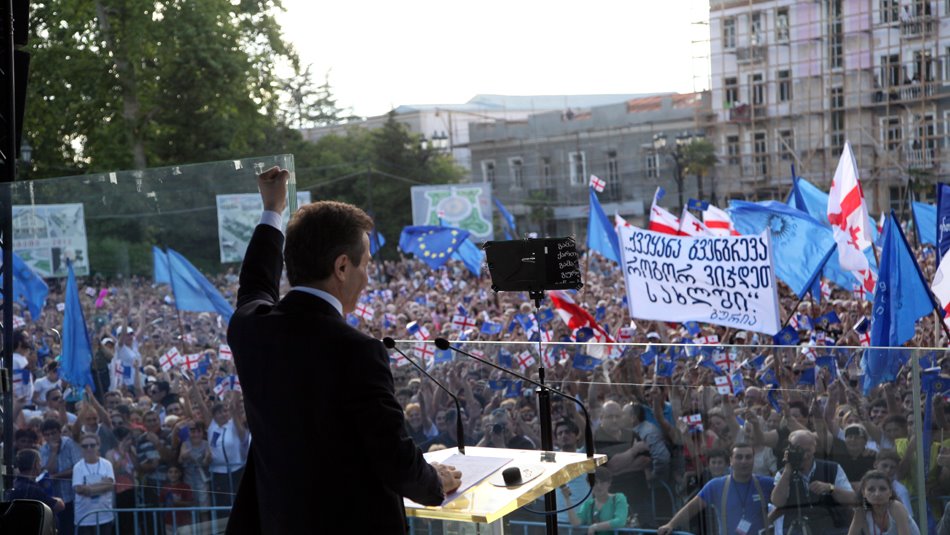 Bidzina Ivanishvili repeated his promise to increase pensions and raise the minimum wage in front of 20 000 people in Ozurgeti, a town in the mountain region Guria. (Photo: Georgian Dream.)

About 20 000 people gathered in Ozurgeti, a town in the Guria region.

Georgian Dream leader Bidzina Ivanishvili in his speech said people in Guria are especially critically-minded and always have some criticism of the government.

He once again underlined Georgian Dream’s priorities in case of victory in the upcoming parliamentary elections: agriculture, education and health care.

“Georgian Dream plans to revive the Georgian village and create one billion foundation, which will only be for agriculture,” he said. “According to this plan, citizens employed in agriculture will be able to take long-term accessible and privileged credits and to use it; land legalization issues will get in order and appropriate grants will be created.”

The businessman also promised to reduce ‘unjust high utility fees’, pensions will be not less than the minimum wage, and the latter will be increased to a decent level.

“We will build a country where no one needs to resettle from his homeland for bread.” 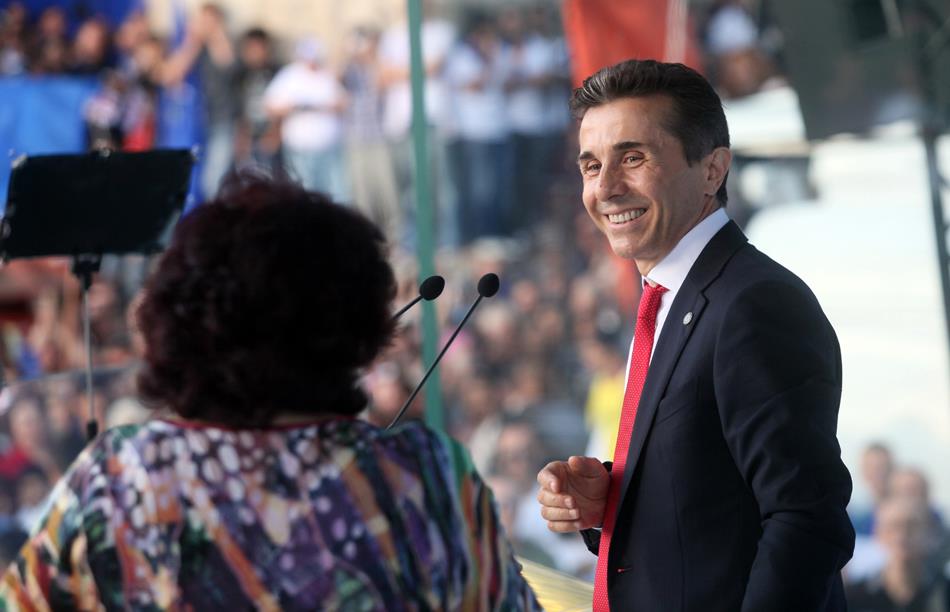 Bidzina Ivanishvili commented the recent court case, in which he was fined about 75 million Georgian lari.

The Georgian Dream leader announced his party’s candidates for parliament in single-mandate districts in the Guria region. Those are: Temur Chkuaseli in Chokhatauri, a journalist and singer in the choir Kartuli Khmebi; sportsman Temur Chkheidze in Lanchkhuti; and ambassador Zviad Kvachantiridze in Ozurgeti.

Members of the coalition say there were more than 20 000 people in Ozurgeti. They call it the largest rally ever held in this region. With the aid of Google Maps, Interpressnews estimated the crowd at more than 30-32 000 people by 19:00 on Sunday, when the rally started.

In his speech, Bidzina Ivanishvili several times mentioned President Mikheil Saakashvili, saying that when he learned Georgian Dream was holding rally in Ozurgeti, he ran to this town Ureki, voicing a whirlwind of promises.

He meant Saakashvili’s visit to Ozurgeti on June 16, when he opened the construction of another House of Justice.

“Poor and broken-down people are easy to control – you can throw them some assistance and you’ll have them always being thankful and obedient – this is how Saakashvili’s government thinks.”

While the opposition rallied in Ozurgeti, Saakashvili met with locals in the Black Sea port Poti. In a poorly veiled hint at Ivanishvili’s background as businessman in Russia, he said that some are trying to buy votes with foreign money.

But as usual, the president did not mention him by name. 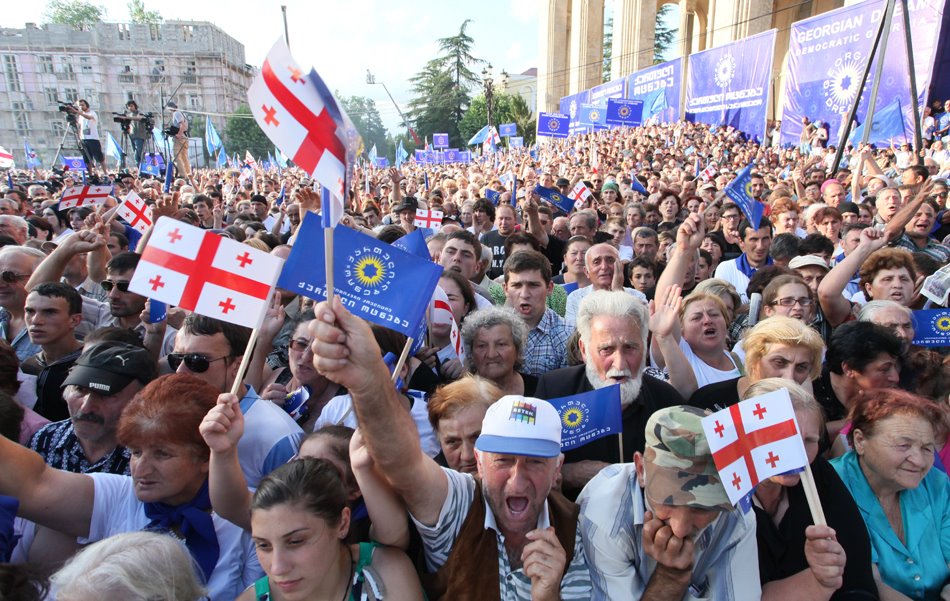 “They think some can be sold for covering credits, some for refrigerator, some may rate their future for just one iron, but Georgia’s future costs way much more than just one iron, thousand refrigerator and 10 billion, 20 billion or 30 billion,” he said.

The day before, in a speech at the opening of the National Bank’s cash center, the president said that it is impossible for anyone not to understand that large amounts of Russian money is flowing into Georgia.

“I cannot understand how one cannot understand that this is Russian money, if you are not a fool, blind and deaf. But there is a very small problem for our ‘friend’ money senders and their representatives here – only degraded or de-classed politicians are sold for this money.”

Georgian Dream’s next rally is to be held on July 1 in Mtskheta Mtianeti.

The first one was held in Tbilisi on May 27, when it was announced that Georgian Dream officially started its election campaign. Next rally was held on June 10 in Kutaisi, Georgia’s second biggest city after the capital.