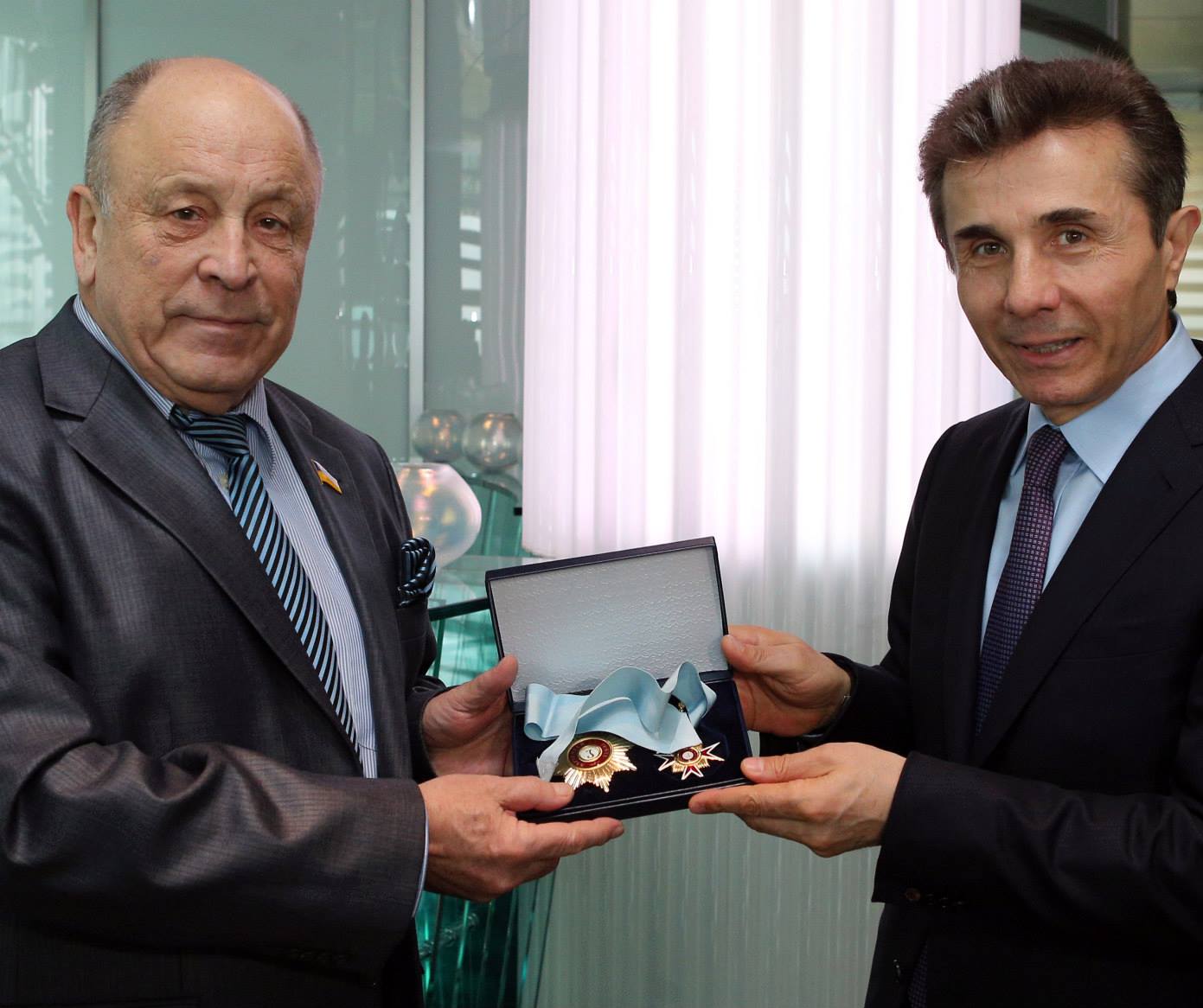 TBILISI, DFWatch–Former Prime Minister of Georgia Bidzina Ivanishvili has been awarded the Supreme Order of Justice.

The award is given once a year by the World Jurist Association (WJA) to a person and one cleric for their work for peace and justice.

WJA President Ben Griffith thanked Ivanishvili for what he has done to promote peace, justice and development.

Ivanishvili said justice must be the most important for humans, according to Ivanishvili’s press office.

Previous recipients of the award include former Pope John Paul II and the Queen of England.

After serving as prime minister for one year, Ivanishvili left office a few days ago, saying he will go on to do work in the civil sector.