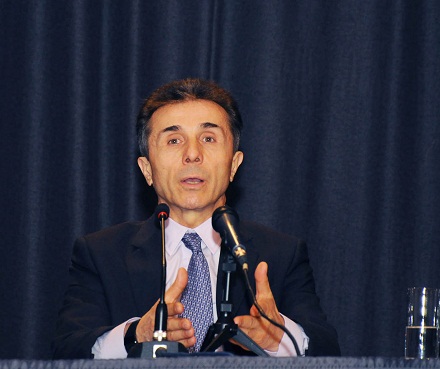 Billionaire Bidzina Ivanishvili has repeatedly said that if he won government power in Georgia, he would only keep it for a few years, and then leave politics. Now he says he might stay in power. (IPN.)

TBILISI, DFWatch — The billionaire Bidzina Ivanishvili, who recently became prime minister of Georgia, is considering going back on a promise to leave politics in a year and a half.

During the election campaign, Ivanishvili claimed that he would leave politics after two years and afterward work within the civil society sector to monitor the government.

He said the same thing in an open letter published in October 2011 which announced his candidacy. But at a press conference Thursday he was no longer sure he would leave politics.

“There have been much speculations regarding what I said, that after the local government elections of 2014 I plan to leave politics,” he said. “I do not change this statement and can repeat it. But I want to explain that I won’t leave and I won’t run.”

The prime minister says he will leave only if he succeeds in fulfilling his promises to the population.

“I will only leave as a winner.”

This means that if Ivanishvili feels that he hasn’t accomplished what he had planned within spring 2014, he won’t leave power.

“I will not leave, but stay till the end and fight for the next election, if necessary, but this will be a bad option of our activity,” he said, and added that in this case he is ready to stay for four years.