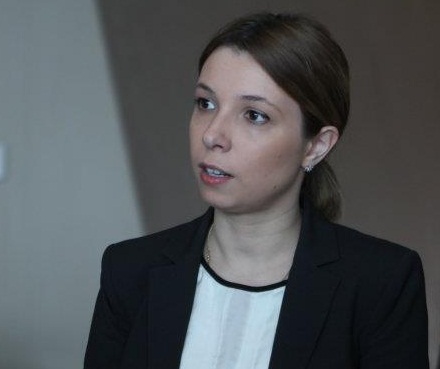 TBILISI, DFWatch–The fifth interim report of International Society for Fair Elections and Democracy (ISFED), covering the period from September 8 to October 6, identified 5 cases of political intimidation, 3 cases of obstructing the election campaign and other cases of physical violence, including assault and abuse.

In total, ISFED identified six cases of misuse of administrative resources, out of which 4 were in favor of a Georgian Dream candidate and 2 in favor of a National Movement candidate.

Despite the recommendation adopted by the inter-agency commission, staff changes at the level of local government continued. During the reporting period, gamgebelis (town heads) were changed in 5 municipalities, while one sakrebulo (town assembly) chair was dismissed and one mayor resigned.

According to the executive director of ISFED, Nino Lomjaria, the most important trend that has been identified is the pressure exerted by the ruling party on election commission members to the staff the Precinct Election Commissions, with candidates preferred by the ruling power. Moreover, the trend of obstructing the UNM campaign has also been visible.

“Cases of voter pressuring have also been identified. Among them socially vulnerable people and pedagogues who were pressured to participate in events in the election campaign of different candidates.”

Incidents of misuse of administrative resources have again been identified, in particular public servants’ illegal participation in campaigning, in favor of both the ruling coalition and UNM candidates. Additionaly, a case of campaigning, which is illegal and violates the law on education, has also been identified in a school.

“Moreover, as stated by the organization’s lawyer Nino Janashia, ISFED is also observing the work of CEC and considers that “the commission should either abolish or radically change the 2012 decree which regulates the making of video recordings and footage at the polling station.”