Is Georgia a part of, or apart from, the Open Government Partnership?

Is Georgia a part of, or apart from, the Open Government Partnership? 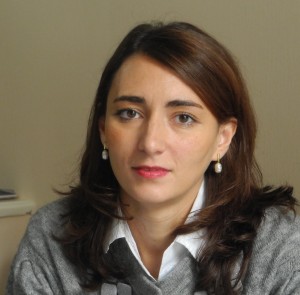 In September 2011,Georgiaopenly announced its aspirations to become a part of Open Government Partnership.  Unfortunately,Georgia’s population is not aware of what kind of commitmentsGeorgia’s government must make in order to become a member of OGP. It is, no doubt,  a positive step for Georgia if our government takes and implements obligations to open   our government for the wider public and  decides to be more accountable and transparent, which will allow  the public to influence the decision making process and be aware of information they have a right to know.

Generally, the OGP has been in large part pushed forward by the USA. On his first day in Office, President Obama signed the Memorandum on Transparency and Open Government, aiming to bridge the gap between ordinary people and the government. To do this his Administration was going to write the new ethics rules in order to prevent lobbyists from entering the government in order to pursue their interests. In other words, the administration was supposed to find ways to reduce the influence of special interests. In addition to this, the administration had to present user friendly websites, where people have the possibility to track the money from the federal budget. In the US such web pages include: recovery.gov, USASpending.gov, and data.gov Also, the Administration had to allow the general public to provide feedback on the decisions that influence their lives. This had to be done by using greater openness and new technologies. The White House also initiated the Open Government Directive. The document outlined concrete responsibilities of different federal agencies in order for them to take immediate, specific steps “to achieve key milestones in transparency, participation, and collaboration”. Thus, the federal agencies were required to take steps such as:

1.Publish Government Information Online, with presumption in favor of openness and taking into consideration the existing legal framework, as well as “subject to valid privacy, confidentiality, security”, or other possible restrictions.

2. Improve the Quality of Government Information available to the public;

3. Create and Institutionalize a Culture of Open Government

4. Create an Enabling Policy Framework for Open Government, which assists to use new technologies and open new forms of communication between a government and its people.

In addition to local activities, the USA government promoted this idea globally and tried to find international partners. So, the Open Government became a global initiative, which was given the title Open Government Partnership and was formally launched on September 2011, when 8 governments (Brazil, Indonesia, Mexico, Norway, Philippines, South Africa, United Kingdom, and United States) endorsed an Open Government Declaration, and announced their country action plans. At the same meeting 38 governments announced their aspirations to become members of the mentioned partnership. Georgia was among these 38 countries.

What Georgia must do now first of all, it should meet minimum eligibility criteria by assuring fiscal transparency (measured by open budget index), improve law on access to information (taken from a 2010 survey by Right2Info.org), Disclosures Related to Elected or Senior Public Officials (Disclosure by Politicians and an Income and asset disclosure in World Bank client countries, World Bank, 2009), government’s openness to citizen active participation and engagement in policymaking and governance process, including basic protections for civil liberties (2010 EIU Democracy Index’s Civil Liberties sub–‐indicator). All the above mentioned studies give countries a score. In order to meet the minimum requirements a country must get at least 12 out of 16 points. Georgia’s exact score is not known.

Secondly, Georgia should agree to five common expectations, of the OGP; it must: endorse the declaration of principles on open governance; create a concrete action plan through a multi-stakeholder process (including engagement of the public and civil society); outline commitments that stretch the country beyond current practices; contribute to the general advancement of open governance by sharing best practices; and commit to independent assessment of its progress.

Georgia should also start public consultations in order to develop OGP commitments. In order to do this, the government should raise awareness in regards to this particular initiative, organize forums and make the discussions as wide as possible (include civil society, private sector and other interested parties) through the use of different technologies. The action plan should be concrete and take into consideration the country context. The new actions and steps should serve the main goal of widely using technologies to make the government more transparent, accountable to the public and involve the general public in the decision making process of the government. In addition to this, as a part of the action plan, the government should choose at least one of five predefined “grand challenges” (improving public service, increasing public integrity, more effective managing of public resources, creating safer communities, increasing corporate accountability) where it will make concrete commitments to improvement.

This is quite a huge list of commitments and the Georgian government should work hard to comply and implement them and the concrete steps in the action plan. Georgia’s public during recent years saw lots of innovations in the public service. The Georgian Government widely uses new technologies and different tools of e-governance. Most of them are positive, however, there is still room for improvement. For instance, in the area of e-procurement and e-auction platforms, which gives the opportunity to bidders to bid on-line However, when the law excluded the President’s, Government’s and Tbilisi Mayor’s Reserve Funds (in around GEL 150 million) from electronic tenders, the question rose about the intentions of the government to really be accountable and transparent. Having the electronic auction platform in Georgia still does not address and challenge many of problems. There are still cases when there is less information about the privatized subject, limited time for the company to prepare for bidding, cases where the winner had been registered several days prior to the auction and was the only bidder. A very good example of this kind of auction is the recent privatization of management of more than 20 TV towers all over the country. There is no doubt about the public and civil registry reforms. These are some of the most advanced institutions in the country. However, when it comes to the state interest, we still have examples of abuse of state power. For instance, local populations in tourism zones (Anaklia, Mestia est.) still face difficulties in registering their land plots and there are examples of violation of their property rights. All the above mentioned examples proves that the openness, transparency, and advanced technologies of those institutions do not necessarily prevent their use for serving the interests of the ruling party and the government.

Today Georgia’s government is working on its OGP commitments and action plan. But, they are not working on engaging the wider public in the process. The Georgian population is not aware what this initiative is about. Public is not aware of what stands behind this global initiative. The commitments of the government, at this point, include mostly steps that are already done. Even if there will be new initiatives from their side, the main attention should be given to the implementation of the initiatives as it is the main problem in Georgia. No technologies and action plans will help the government become more transparent and accountable if there is no political will to be so.

Eka Gigauri is executive director of Transparency International Georgia. She holds a Master’s degree in international law from VU University Amsterdam (2010) and has been deputy head of Georgia’s border police (2005-2008).