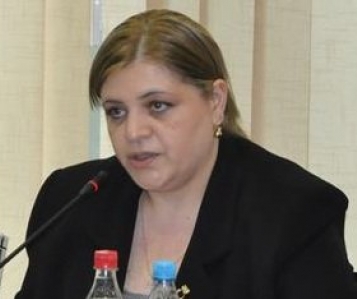 TBILISI, DFWatch–Irina Imerlishvili, a member of parliament from the Georgian Dream coalition, will be new secretary of Georgia’s National Security Council.

She confirmed to journalists that she has received such an offer and accepted, which means that as soon as Giorgi Margvelashvili is sworn in as new president, he will have the power to appoint a new secretary.

Giga Bokeria, the current secretary, plans to resign before the inauguration.

“We have to first pass the amendment about the Security Council, and then we will continue to reorganize and work at the council.”

The new president will have reduced power compared to previously, and along with that, the power of the Security Council will also be reduced.

Before the election she was regional and election secretary of the Republican Party, which is part of the Georgian Dream coalition.

Imerlishvili was deputy justice minister from October 2000 to December 2003.