Investments in Georgia up 20% in Q3 year-on-year

Investments in Georgia up 20% in Q3 year-on-year 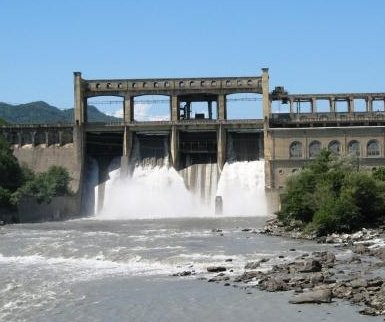 Hydro power is one of the things international financial institutions are funding in Georgia.

TBILISI, DFWatch–The amount of direct foreign investments in the third quarter of 2013 was USD 239 million, up three percent from the second quarter.

Investments in third quarter of 2013 was 20 percent more than the same period last year.

According to preliminary data from Georgian Statistics Department, international organizations are on the top of the list of where foreign investments came from in the third quarter of 2013. They accounted for with USD 48.9 million of investments. Second was the United States with 35.4 million, then the Netherlands with USD 31.7 million, Turkey – USD 31 million and UK – 29.1 million.

Broken down by sectors, finance was at the top in Q3 2013 with USD 47.7 million of investments, then came transport and communication – USD 47 million, energy – 33.4 million, construction – USD 21.4 million and manufacturing – USD 17.1 million.