Integration of ethnic Azeris starts with language: challenges in quality education and employment

Integration of ethnic Azeris starts with language: challenges in quality education and employment

In Soviet times, the great majority of the population of Georgia spoke Russian, which served as the language of inter-ethnic communication. 66 year old Bayram Abbasov, resident of Telaveri village of Bolnisi district, describes that since Russian was the common language, they had little or no knowledge of Georgian. “We did not feel disenfranchised if we did not know Georgian. Education at our school was provided only in Russian. Our teachers did not speak Georgian. As a result, we did not receive adequate Georgian language educational opportunities. After independence, Georgian became the only official language and Russian is no longer accepted for communication. The decline of Russian as the language of communication and poor command of the Georgian language has been a severe obstacle to quality education, employability and thereby our integration into the Georgian society.”

A number of development challenges caused by the lack of knowledge of Georgian are pervasive in the today’s Georgian society. This is especially true for the Azeri communities living compactly in areas bordering their kin-states, with which they have closer ties than with the rest of Georgia, largely because of the so-called ‘language barrier’. In order to tackle the problem, the state first of all has to create appropriate conditions for learning Georgian because integration starts with language.

Ethnic Azeri minorities are marginalized through their lack of access to quality education, particularly with regard to the teaching of the Georgian language.

Preschool education is a level at which ethnic Azeri children in Kvemo Kartli is to start to acquire basic knowledge of Georgian. But the children in this region suffer from the lack of kindergartens, although the number of parents wishing to bring their children to Georgian kindergarten has increased significantly for the recent years. On account of the lack of kindergartens, children cannot master the Georgian language. Subsequently, primary education becomes much more difficult for them.

27 year old father of two little children Samir Bayramov who lives in Imiri village of Marneuli district says that because there is no kindergarten in Imiri village his children cannot acquire elementary skills in Georgian. Children who do not go to kindergarten, fall behind those going to one. “Some families sent their kids to the kindergartens in adjacent Tsereteli village and these kids already know Georgian. But we cannot afford it. If we had our own kindergarten in our village then all our kids would go. Because children are better prepared for schools in kindergartens where they start to learn Georgian”. 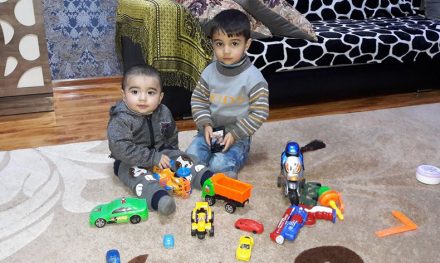 Samir Bayramov’s children are among the thousands left without a kindergarten.

According to head of the preschool center of Marneuli district Zaur Karamov, the lack of kindergartens is not a problem only in Marnueli district, but it is a common problem in Kvemo Kartli region. “There are 12 kindergartens in the whole Marneuli district, meeting only about one-third of the demand. New kindergartens are built when the budget allocated is sufficient. Every year at least a new kindergarten is built and 2 more kindergartens are to be commissioned soon”, he notes. Zaur Karamov added that school readiness groups are functioning under the schools. The aim of the program is to develop Georgian language, cognitive and communication skills of 5-6 year-old children before entering school.

Georgian history teacher of Sadakhlo village school number 2 of Marneuli district Khayala Sharifova says that this is mainly due to the ineffective bilingual textbooks. “Only 70% of the material in textbooks is translated into the Azerbaijani language, while the remaining 30% is left in the state language. In many cases, the translation is so erroneous that it can hardly be understood by the teachers, pupils and parents. Subject teachers who do not speak the state language sometimes leave out and do not explain the content of the 30% of the textbooks left in the state language or have to seek assistance from Azeri speaking Georgian teachers for translation.” 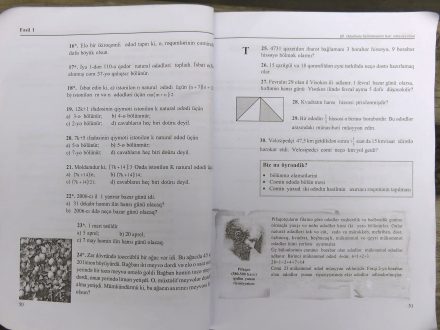 Ethnic Azeri school children still have to use erroneous and poor quality textbooks.

Appointment to minority schools of Georgian teachers who are not proficient in minority languages is also a main obstacle to quality education. In these schools, Georgian is not used as the language of instruction and many of the students do not speak it.

According to 17 year old Eltun Karimov studying in the 11th grade of Didi Muganlo village school of Marneuli district, on account of the lack of bilingual teachers they cannot learn Georgian at school. “Our Georgian teacher does not speak anyAzeri and we do not speak any Georgian. How canwe communicate? This is an issue for us”, says Eltun Karimov.

Georgian language teacher of Sadakhlo village school number 2 of Marneuli district Lala Jalilova agrees that the state language should be taught by qualified bilingual teachers who are capable of delivering lessons in the state language and making meaningful comparisons in the native language, when necessary. It is also stipulated in Article 13 of the Hague Recommendations Regarding the Education Rights of National Minorities that the state language should be taught as a subject on a regular basis, preferably by bilingual teachers who have a good understanding of the children’s cultural and linguistic background.

The Report on the Situation of the Protection of the Human Rights and Freedoms in Georgia in 2017 released by the Public Defender of Georgia reaffirms that teaching the state language remains a serious challenge in the regions with compact settlements of ethnic minorities. In order to enhance the effectiveness of the teaching of the Georgian language and resolve the problem of integration caused by this language barrier, Ministry of Education and Science of Georgia have been implementing various civil integration programmes aiming at the integration of minorities into society through improving the teaching of Georgian. In the report the Public Defender reiterated the inefficiency of existing bilingualtextbooks. As reported by the Ministry of Education and Science, an intensive work is underway for the creating of new bilingual textbooks.

Georgian remains the only language of higher education, as predicated by the applicable Law of Georgia on Higher Education. Access to higher education in Georgia is therefore impossible in practice for ethnic Azeri young adults who cannot master Georgian. They have to turn to their kin-states or Russia if they wish to pursue their studies.

23 year old Mirza Ismayilov who is a graduate of Azerbaijan Technical University and native of the Vake village of Dmanisi district notes that Georgian language was taught in their school, but not to the extent that fluency was achieved. “Those seeking to go to university preferred to go to Baku to study in Azeri rather than to Tbilisi”, mentioned  Mirza Ismayilov.

Bringing minority students into Georgian universities is very important for their integration. As stated by the Ministry of Education and Science of Georgia, the quota system for national minority students, which was put into practice by the government since 2010, resulted in substantial increase of the number of ethnic minority students enrolled in higher educational institutions of Georgia. A research report on “The effectiveness of one year Georgian language program for ethnic minorities at higher education institutions” released by Center for Civil Integration and Inter-Ethnic Relations also revealed that the number of Azeri speaking enrolled students tripled (the number of enrolled students was 194 in 2010 and 556 in 2015).

Knowing Georgian is mandatory for employability in Georgia. Therefore unemployment related to the lack of Georgian language skills remains a big problem for Azeri minorities.  79 year old Nargila Hamidova, a resident of Sadakhlo village of Marneuli district says that she has 3 children, all of whom are out of work. “All my daughters are university graduates. Even one of them has 2 diplomas. They cannot find jobs in Georgia, due to inability to speak Georgian” 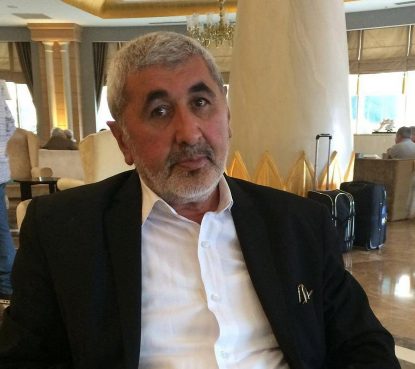 The language issue is also a serious setback for the participation and representation of minorities in the state apparatus. The applicable Law of Georgia on Public Service stipulates that public servants are obliged to speak fluent Georgian as it is a basic requirement for holding a post in public service. As reported by Alibala Asgarov, who heads the NGO Geyrat, all powerful and decision making positions are occupied by ethnic Georgians. Alibala Asgarov adds that even Azeris with excellent Georgian have little chance of jobs in policy-making and administrative bodies.

According to the applicable Law of Georgia on Official Language, the State shall provide persons employed in the public service with opportunities to study the official language. In 2017 Report on the Situation of the Protection of the Human Rights and Freedoms in Georgia, the Public Defender of Georgia highlights that public servants with insufficient knowledge of Georgian are provided with the opportunity to study the Georgian language. But according to Alibala Asgarov, there have been reported cases of some Azeri minorities being fired from their posts on account of the insufficient level of the Georgian language, without giving them an opportunity to develop their Georgian language proficiency.

Alibala Asgarov also mentions that the government of Georgia has never had an elaborate State Program to teach Georgian to and increase employability among ethnic minorities. Instead Georgian has been dictated to minorities as a demand. It is high time to act rather than demand something, concludes Alibala Asgarov.