Informal Georgia-Russia talks may be expanded

Informal Georgia-Russia talks may be expanded 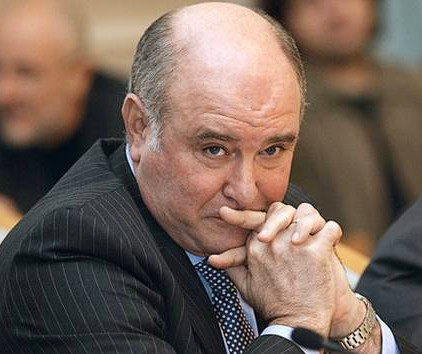 TBILISI, DFWatch–Informal talks between Georgia and Russia may be expanded from today’s one-on-one format, according to Russia’s deputy foreign minister. Georgian officials say the details of the proposal are being processed.

Ria Novosti on Thursday quoted Russian Deputy Foreign Minister Gregory Karasin, one of the participants in the talks, who said contact persists at the highest level between the leaders of Russia and Georgia.

“The prospect is always there, but for the prospect to become a reality, we have to work,” he said.

Meanwhile, Zurab Abashidze, the other participant, representing the Georgian prime minister, told Interpressnews that considering the fact that he and Karasin are discussing trade and economic relations during these talks it would be ‘logical’ if the economy minister also attended the meetings.

Economy Minister Giorgi Kvirikashvili on Thursday told journalists that the talks between Karasin and Abashidze may be expanded in terms of trade and economic issues, but the details are currently being worked out. He said those details will become public next week.

Karasin said he and Abashidze are preparing the ground for higher level talks on behalf of the leadership of both countries and announced that the next meeting with Abashidze will be in the middle of June.

The Abashidze-Karasin talks marked a thaw in relations after the change of government in Georgia in 2012. Georgia broke off diplomatic relations with Russia after the war in August 2008 and has not reestablished them.

One result of the informal talks was that export of Georgian products to Russia resumed. The two also discuss transport and communication and humanitarian issues.

Contact also takes place at the Geneva talks, involving the conflict parties and international mediators. Another forum where there is contact between Georgia and Russia is the Incident Prevention and Response Mechanisms, regular field meetings held on the border with South Ossetia.