It was inevitable, if not in 2008 it would erupt later: Hamilton on August War

It was inevitable, if not in 2008 it would erupt later: Hamilton on August War 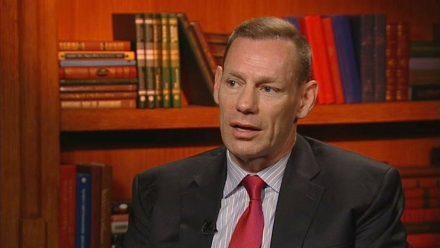 Anna Kalandadze of Voice of America/Georgia spoke to Robert Hamilton, Professor of Eurasian Studies at US Army War College on his recollections of Russo-Georgian war of 2008 and where the country is going ten years after.

VoA: How did it affect or change European security architecture, could this war be avoided, and could there be a stronger western response?

Robert Hamilton: I think clearly geopolitically it made South Caucasus much more in the Russian realm in the sense that Russian military is more present inside the Georgian international borders and it made Russia’s footprint in the South Caucasus more pronounced that it was before the war.

VoA: Could this war be avoided?

Robert Hamilton: I think a crisis was bound to happen, revolving around Abkhazia and S. Ossetia as long as Georgia continued its efforts towards the NATO integration. In any war, there is a long-term structural cause, in this war Georgia’s NATO direction and Russia’s refusal to acknowledge Georgia as part of  Euro-Atlantic community was the long term structural cause.  On the short-term, Russia, West and Georgia could have done things differently in the Spring of 2008, and you may not have the war start in August, but the war was likely to happen or some sort of crisis in 2009. All structural causes and three major sides had objectives that were incompatible. So I think they were there that would erupt later.

VoA: Did this kind of western response embolden Russia to do what it did later in Ukraine?

Robert Hamilton: There is no doubt that the lack of hard power western response to what happened in Georgia 2008, communicated to Russia that no matter what the west said, de facto the West acknowledged there are areas along Russia’s borders where the West was not committed to use military power. I think Russia understood it and that places like Ukraine and Moldova fell into that category. So I think what happened in Ukraine in 2014, there was a view in Moscow that there was another attempt to overthrow a government friendly to Russia and install a western-friendly government. The idea in Russia that this was orchestrated in the west as preposterous as it sounds to us was prevalent.

VoA: Was there any communication between US and Russian leaders about the perils of the situation?

Robert Hamilton: I cannot speak to what high level communication was with Russians.  I know that it existed, but I don’t know what they were saying. On the other hand, there was a lot of communication with the Georgian government, mostly evolving around what Georgians could do but not to be provoked by Russia.

I just can’t say how US was responding to Georgians. I am sure there was a sympathy to Georgia’s strong claims and statement on the need to protect Georgian population in South Ossetia. But also an admonishment not to bait to the Russian provocation.

VoA: In light of this, how do you perceive US and Europe relations with Russia, going forward?

Robert Hamilton: At this point I am not optimistic that there is any political space for reset between these parties. Since the end of the cold war, there were predictable stages in the bilateral relations where sides cooperated pragmatically and both sides realized that none wanted the war.  Now there is no political will or no obvious way out on either side for reset, we have been stuck in this since the Crimea invasion.

VoA: You mentioned Georgia’s NATO direction, what’s ahead for these relations in the future?

Robert Hamilton: I just got back from Georgia, recently. I think it understands that membership in the midterm is not possible, but they are maintaining optimism for the long term, that’s another decade. What Georgia has decided to do is to keep close to US, and for Georgia to do everything that a NATO member would do, to be as good partners as possible, and stop pushing the MAP issue at every Summit in the hopes that situation might change in the next 10-20 years and Georgia can be admitted.

VoA: What is next for Georgia, and its relations with its neighbor Russia, that continues aggressive behavior and occupation of parts of the country?

Robert Hamilton: I think at this point the Georgian government is doing everything it can do in terms of non use of force pledge, soft-power outreach to Abkhazia and South Ossetia, continue dialogue through the Geneva process even if it does not yield results, in terms of pragmatic and economic manner, deal with Russia at the backdrop of Russian bowdlerization. My only worry is that  one of these abductions will escalate into a larger scale violence that none of the side can control. Or if the government fails to protect people, the people themselves would demand it to do so.

VoA: How should the Trump Administration deal with Russia to avoid the third war?

Robert Hamilton: It is quite interesting if you look at the current policies towards Russia, they are fairly strong. Congress started to take a larger role, you have got the sale of Javelins to Ukraine and Georgia going on. But you got the White House rhetoric towards Russia that is not synchronized with these.  But the policies are quite strong. The west has always found itself in the conundrum vis-à-vis Russia. I think we are at a stage to show strength and resolve. But we have to make sure that rhetoric matches with the current policy.