Improved relations between Israel and Georgia

Improved relations between Israel and Georgia 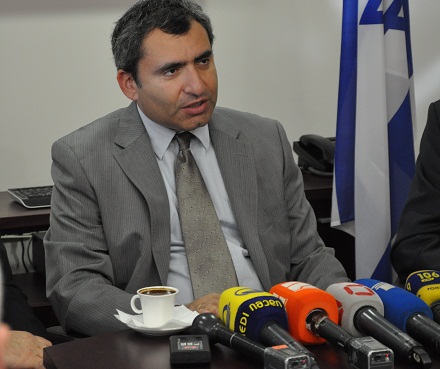 Zeev Elkin, Deputy Foreign Affairs Minister of Israel, also says that the agreement about visa free travel between the two states will soon be implemented.

“This step indicates the special relations between our two states,” he said at a meeting with journalists at the Israeli embassy in Georgia last week.

“We appreciate that the Georgian government took the course of strategic partnership with Israel,” he continued.

The Deputy Minister noted that the first round of negotiations between Georgia and Israel about visa-free travel has ended and there are no difficulties on the way to signing the document. He remarked that cancelling visa rules need some time, maybe several months.

He said that the first results of the process are visible since Georgian diplomats and citizens with diplomatic passports will soon have the opportunity to travel to Israel without a visa.

“When the text of the agreement is finally prepared, it will be presented to the parliaments of both states to confirm,” he explained, expressing hope that the process end soon.

The foreign ministries of Israeli and Georgia will chair the commission and define its schedule.

“We already agreed on the date of first session of this commission and it will be held January 28 in Jerusalem,” he said, adding that the commission will discuss cooperation within fields like agriculture, tourism, health care, investments and cyber security.

Prime Minister Bidzina Ivanishivli announced on October 31, after meeting with a delegation from Israel, that visa rules with that country would be canceled.

He said he first appealed to Israel about cancelling visa rules when he visited Jerusalem.

“Procedures need much time. We managed to do it in the shortest term and I thank them for it,” he said. “We must do everything so that we have ideal relations between our states.”

Both parties say that the decision is already made, but the implementation of it will take the time.