Impeachment of Supreme Court chair not on the agenda

Impeachment of Supreme Court chair not on the agenda 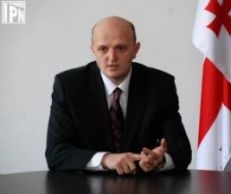 TBILISI, DFWatch–Georgia’s Prime Minister Bidzina Ivanishivli says that he and Chairman of the Supreme Court have not discussed the issue of impeaching the latter.

“We only spoke about how we should develop and go forward,” Ivanishivli says.

Kote Kublashvili has chaired the Supreme Court for many years since President Mikheil Saakashvili held government power and he has not yet served out his term. But there has developed a rift between him and the new government in regards to court reform.

On the other hand, the new government accuses Saakashvili’s government of having made sure that the courts were never allowed to be independent and this control was overseen by Kublashvili, whose brother, Pavle Kublashvili, until last October headed the judiciary committee in parliament.

Georgian Dream coalition members also accused Kote Kublashvili of continuing the same trend. A few days ago, some officials raised the issue of impeaching Kublashvili for errors and violations in the court system on his watch.

But the prime minister said their meeting Wednesday did not touch upon the issue of impeachment.

“We didn’t even mention the word ‘impeachment’ or discuss any topic related to it,” the PM said after meeting.

“I know the biography and past of Kote Kublashvili well and I think he has an opportunity to honorably end his term as chairman and to have maximally independent and objective courts in Georgia.”

Ivanishvili said it was the first time he met the Supreme Court chairman personally. The topic of the meeting was that the court should be independent from both the current and the previous government.

“We also spoke about that reform is necessary and Mr Kote is ready for this. Although, amendments are proposed by the Justice Ministry and the new government, he agrees with 80 percent of amendments, but he also has some questions,” the PM underlined.

During the meeting they agreed that there is skepticism toward the current courts in society.

“I gave him a guarantee and I can repeat them that there is no possibility that I, as head of government or coalition member, or anyone from my team to dare and have an attempt to have an influence over courts or interrupt court processes,” the PM said.

Kote Kublashivli said after the meeting that he hopes the government makes a step forward to improve the court system; that court decisions should be objectively evaluated and the government, as well as the opposition, should objectively observe the activity of the courts to free the courts from corruption and from political influence.