If Georgia wants to have fair elections…

If Georgia wants to have fair elections… 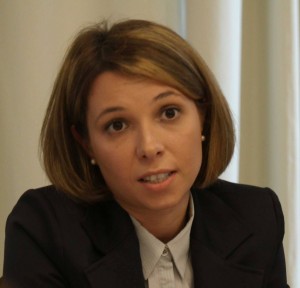 A number of circumstances determine fairness of elections in Georgia. Among them are the electoral system, transparency of political party financing, the scale of the use of administrative resources for the purpose of party campaigning, accuracy of the voters’ list, the level of civic education, the existence of free media, independent judiciary, active civil society and a strong opposition in the country.

It’s hard to say which of them make elections fair, the fact is, that we cannot make considerable improvement of the electoral environment unless the progress refers to all the above listed factors.

Unfortunately, the initiated draft of the Electoral Code does not address the problem of the ratio of received votes to the number of mandates in Parliament, which means that the composition of the future Parliament might not proportionally reflect the political moods among society.   Accordingly, if the electoral system does not respond to this issue, the fairness of the elections will always be in question.

Another problem is unlimited opportunity for political officials, such as governors, ministers, deputy ministers, chairpersons of municipal bodies, etc to participate in pre-election campaigning. These are the figures, who because of their official positions might have considerable influence not only over their subordinate public servants, but also on voters generally. Accordingly, without restricting the use of administrative resources and limiting the list of political officials authorized to participate in pre-election campaigning, equal opportunities for   political parties for campaigning could not be achieved.

Transparency of party financing is another issue, which can also be improved through amending the Electoral Law.  The latest NGO working meetings with Parliamentary Legal Committee and Ministry of Justice representatives have demonstrated a desire of the government to make positive steps in this direction.   The main initiatives from the side of government reflect CRECO and Council of Europe recommendations against the corruption in funding of political parties and electoral campaigns, which in case of their implementation can make the party financing process more transparent.

The existence of free media and an independent judiciary are crucial elements for creating fair electoral environment in the country. Today, when all national broadcasters produce mainly biased and unbalanced news, it is hard to bring different political opinions to the public. Judiciary, decisions of which often serve political interests, do not appear to be the safeguard of political freedoms and guarantees for the citizens.

Upcoming Parliamentary and Presidential elections will be decisive for Georgian democracy. Today, one year ahead of the next elections, when the government tries to implement electoral reform, it should not be forgotten that the real changes in election environment will occur only in case the reform also takes into accout other elements of democratic institutions.

Nino Lomjaria is executive director of International Society for Fair elections and democracy. She holds a Master’s degree in law from Washington University in St. Louis, 2011, and a Master’s degree in law from Ivane Javakhishvili Tbilisi State University, 2006. She has been a lawyer and project coordinator at the Georgian Young Lawyer’s Association.