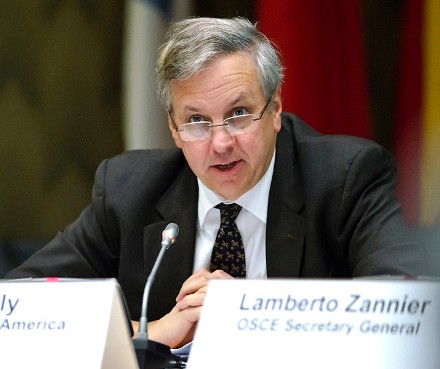 TBILISI, DFWatch–Ian C. Kelly has been nominated as new U.S. Ambassador to Georgia.

Kelly is the U.S. State Department’s diplomat in residence at the University of Illinois at Chicago.

If confirmed, he will replace Richard Norland, the current ambassador.

The White House on March 12 announced President Obama’s decision to nominate Kelly for the post.

Kelly served as U.S. representative to OSCE in Vienna, and used to be spokesperson in the State Department’s Bureau of Public Affairs. He has a diplomatic experience from working at the U.S.’s embassies in Italy and Turkey.

“I am pleased that the White House has nominated such an experienced and well-respected colleague to succeed me later this year here in Georgia,” the statement reads.

Norland writes that the difficult thing about being a professional diplomat is having is ‘to contemplate leaving a place one has come to know and love, but that is in the nature of this profession.’

Norland’s term expires this summer. He was confirmed by the U.S. Senate on March 29, 2012, and replaced John Bass.