How Party Financing Regulations Should be Changed

How Party Financing Regulations Should be Changed 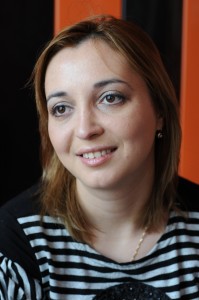 Lela Taliuri is a lawyer at Georgian Young Lawyer's Association.

Georgia’s party financing law was amended in December 2011. A campaign called This Affects You Too was formed in February out of concern that the amendments are a threat to democracy. Recently, the campaign presented their proposal for how to make new amendments, so that the law is no longer a threat. Lela Taliuri, lawyer at Georgian Young Lawyer’s Association, here describes their proposal.

The representatives of non-governmental organizations (NGOs) and media organizations categorically disapproved of amendments to the law on political unions of citizens adopted in December 2011. Signing a petition different organizations demanded amendments to the election legislation. Consequently the Georgian Young Lawyers` Association (GYLA), Transparency International – Georgia (TI), International Society for Fair Elections and Democracy (ISFED) and “Freedom of Choice“ Coalition elaborated amendments to the organic law of Georgia on the Political Union of Citizens and the Criminal Code of Georgia and called on Parliament to incorporate changes to the legislation.

On February 17 the call was backed by up to 200 media outlets and non-governmental organizations as well as around 400 individual signatures. To ensure a just and equal election environment, NGOs consider it important that the regulations in the election code should also be revised; however, attention at present goes primarily to the above critical issues adjusting which would be the first step towards improving the election environment.

The legislative proposal submitted by NGOs to the Parliament of Georgia aims filling the gaps in acting legislation such as restrictions on Constitutional rights and freedoms. The norms blatantly violating the freedom of expression as well as other rights; ambiguous norms and non-existence of procedural guarantees; possibility of broad interpretation of norms and unlimited competence of the Chamber of Control; unreasonable restrictions and sanctions; grave and unjustified liability on voters.

At the same time legislative proposal ensures protection of Constitutional rights, clear and unambiguous formulation that restricts discretion of the Chamber of Control. The proposal aims at substituting the legislative drawbacks and ambiguities with comprehensible regulations and procedures.

Moreover the present legislative proposal intends to provide a response to the extensive and unjustified restrictions imposed by the law and bring the entities subject to law under reasonable regulation in order to ensure a just and equal election environment. Basic requirements of the legislative proposal are procedural guarantees for natural and legal entities, filling of gaps concerning donation of parties, adequate sanctions for violations.

According to the proposal, the range of entities that can fall under the restrictions established for political parties becomes narrow. Notably, restrictions imposed for parties should extend to entities with express campaigning purposes and put out money to realize the above purposes. As for those carrying out illicit donations amounting to a total of 200,000 GEL a year, monitoring standards by the Chamber of Control should be applied.

The rules for imposing a ban on a party’s or other entities’ property should be spelled out in detail. At present, such rules simply do not exist, allowing the Control Chamber to exercise unrestricted authority. The role of the Court should be defined in this connection in order to prevent the property of an entity from being distressed without the relevant court decision thereupon. The Seizure may be applied only to the extent necessary, and if there is a danger of disposal/spending of the property by a person. The decision to seize the property is made by the court. The judge shall decide the case within 24 hours. The court decision shall be subject to appellate challenge only in appellate court within 48 hours. The Appellate Court shall make a decision within 48 hours which is final and is not subject to further appeal.

According to the proposal, sanctions will become more proportionate: First, the fine of 10 fold amount is reduced to triple amount of the received financial or material contributions. Second, the limit on the expenditures of a campaigning throughout the year is set. Annual total expenses should not exceed 0.2% of the overall GDP in Georgia for the previous year. Third, the joint limit established for natural persons is abolished if the income comes from the single source. Fourth, the joint limit on income for the party during the year is abolished. Fifth, limits to the fines for non-fulfillment of the Control Chamber requirements within 500 Gel is set. Finally, limitation on Independent Single-seat Candidate Expenditure will be set.

According to the proposal, voters shall not be subject to liability: criminal liability requirement for voters will be abolished and liability will be imposed solely and totally on the person giving bribes. Specifically, a person appealing to a voter to vote for or abstain from voting in support of a political entity and offering, promising or handing him a present exceeding the value of 100 Gel should incur penalty (fine), while the same offense involving large sums (over 5000 Gel) should be punishable by up to one year of imprisonment. As a result, the purpose of the crime is narrowed – „for voting for or for refraining from voting for any political entity in elections “; The monetary limit is defined, bribing of voters over 100 GEL shall be criminally punishable and bribing of voters within the limits of 100 GEL cause administrative liability. The liability for bribing of voters is diminished for 1 year. A political party shall be punished only with fine.