Head of Tbilisi NGO detained for illegal possession of firearm

Head of Tbilisi NGO detained for illegal possession of firearm 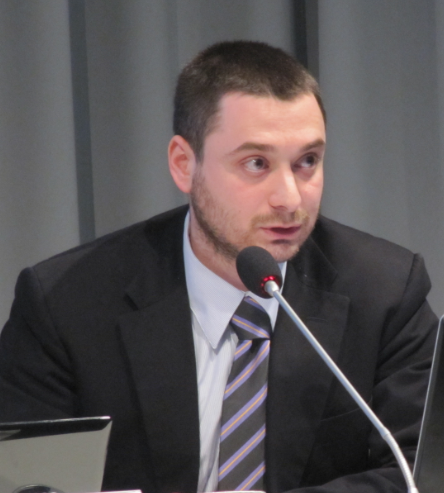 TBILISI, DFWatch–The director of an influential Tbilisi-based non-governmental organization says he was detained for illegal possession of a firearm on December 12.

Giorgi Kldiashvili, head of the Institute for Development of Freedom of Information (IDFI), on Tuesday described what happened in a post on his Facebook page.

He writes that as a historian, he is not only researching archives and studying documents, but also meeting with the families of victims of repression. During the course of his work, he has collected letters, photos and other objects, including old swords and guns.

One of his guns, a Parabellum Luger P08 from 1921, was damaged and he decided to take it to a weapons shop, and booked a time with the shop manager in advance.

“I did a foolish thing and didn’t get a permit to carry the weapon. It only required a receipt for twenty lari and it is a simple procedure,” he writes.

He brought along his antique gun, without bullets, but on the road he was stopped by the police and told that they had operative information that he might be carrying an illegal weapon.

“I opened the trunk and voluntarily showed [the gun] to them. They took it, observed it and said I didn’t have a right to carry it, but nothing was serious enough to worry about, as he might just have faced a simple administrative fine,” Kldiashvili writes.

Later he was asked to follow the police to the police station, which he did, and after two hours of questioning he was detained, accused of violating article 235, second part, of the Criminal Code. The police told him that he would spend two days at the infamous Moduli building, known from many rough interrogations of suspects.

“I explained that I didn’t plan to escape and was ready to appear wherever required by investigators,” he writes, recalling that he was told he should have seen a detention isolator before being charged.

He was charged on Sunday and a court hearing was held the same day. The judge asked him questions and determined that there were no grounds for detaining him and that the Interior Ministry and the Prosecutor’s Office had violated the Criminal Code and illegally placed him in an isolator, which the prosecutor also admitted. He was then released on a 1,500 lari bail. A hearing is scheduled in January.

The next day, IDFI wrote in a statement that the detention of Kldiashvili was illegal. It was based on the assumption that he might hide from the police, even though the detainee declared he was ready to cooperate, volunteered to participate in the investigation and was questioned. However prosecutor Tengiz Kharebava wasn’t able to present any evidence to prove that there was a danger that Kldiashvili would go into hiding and the detainee was therefore released.

Kldiashvili and his organization underline that he is actively involved in the This Affects You Too campaign which aims to amend legislation on illegal surveillance, while IDFI has had a number of critical reports about the activity of law enforcement bodies.

Kldiashvili decided to temporarily step down as head of IDFI until the trial is over to avoid harming the organization’s image.

The Interior Ministry has not yet commented.

Tina Khidasheli, a member of parliament for the Georgian Dream coalition, said that if there is any indication that Kldiashvili might have jumped from his car holding a gun and threatening the police, or was planning to fight, or that they had information that Kldiashvili was preparing to commit a crime, this needs to be reported.

“Otherwise someone has to properly explain to the public why it was important to detain a law abiding person for two days, waste state expenses on this and waste the time of Interior Ministry employees,” she said.

Locking up a person is only relevant for those who pose a danger to the public, Khidashvili underlined and said she expects an explanation from law enforcement bodies about how they plan to put an end to this kind of practice.