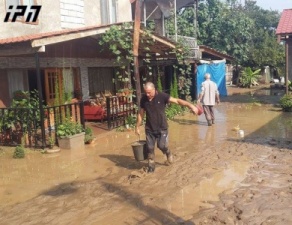 Locals in some villages claim they lost entire harvest and were actually bankrupt as having no capacity to repay agricultural bank credits.

In some areas the storm damaged over 60% of agriculture.

Locals also claim that anti-hail system, recently installed by the government with much fanfare, didn’t work.

At the same time, in the neighboring Gurjaani municipality dozens of households were flooded as the Akhasheni River swelled over its banks as a result of heavy rain.

Earlier this year government was speaking about the success of anti-hail missile systems, which helped to prevent damaging part of the harvest during a hailstorm.