GUAM to meet in Tbilisi on Monday

GUAM to meet in Tbilisi on Monday 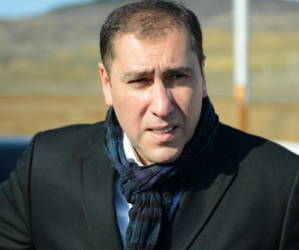 TBILISI, DFWatch–Representatives from the GUAM countries will meet in Tbilisi on Monday.

The occasion is the sixth session of the Parliamentary Assembly of GUAM, a cooperation between Georgia, Ukraine, Azerbaijan and Moldova.

Members of the session will discuss issues like the role of inter-parliamentary cooperation in international and regional security; conflicts within GUAM borders and their influence over regional and international peace, stability and development; Euro and Euro-Atlantic integration, the recent Eastern Partnership summit in Vilnius and perspectives for cooperation, as well as economic issues.

The session will be held December 2-3 at the Courtyard Marriott Hotel in Tbilisi.