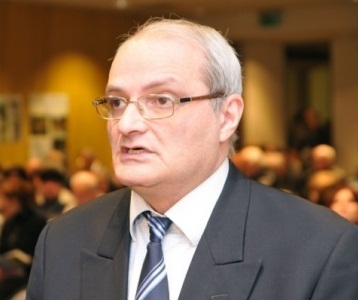 On Wednesday, he said it was an important day for the Greens Party, as it officially left the parliamentary majority. He left the Georgian Dream faction too.

Davit Usupashvili, Speaker of Parliament, has not approved his application yet, and said there is no clause in parliament’s regulation about making such a statement during a session, and that he could have written an official application to parliament.

Gachechiladze said the party planned to leave the majority in December, but postponed it for a while.

“We plan to act independently.”

The Greens leader claims his party isn’t treated seriously among the majority.

“We don’t have any function in the majority, even though we are one of the oldest political organizations in Georgia. We are professionals, principled and have never acted contrary to our ideology.”

The disagreement caused amendments which will change party financing system. The Greens Party will not get financing with the new law, because the party didn’t receive enough votes in previous elections.

Gachechiladze said the financing issue is not the only reason they are leaving the coalition and promised to explain later at a press conference.