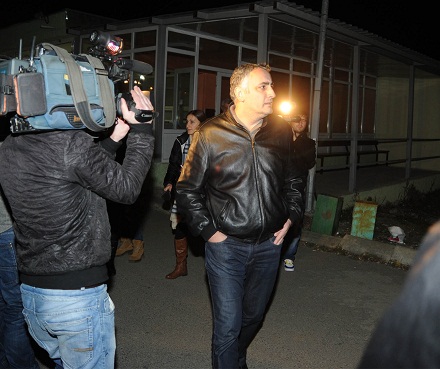 Governor Tengiz Gunava was charged in several different cases and was accused of exceeding his powers while he was head of the regional police department in Samegrelo Zemo Svaneti. The incident took place on March 31, 2012 in Zugdidi, where he assaulted his own driver and shot Bakur Gulua, head of the special operative department, in the right foot.

Gunava’s lawyer Malkhaz Velinjashvili said on Friday that he will appeal the court’s decision because he believes the sentence is not well justified and there was not enough evidence.

The defendant was sentenced to eight years in jail, but because of the amnesty act, the sentence was reduced to half. In addition, he is deprived of the right to hold an official post for six months.

Gunava is now at Gldani prison, but is to be moved to the so-called Matrosov prison, which is used to hold former government officials.