Government’s hold over TV is crumbling

Government’s hold over TV is crumbling 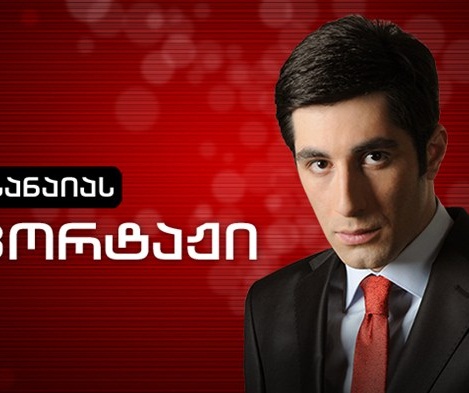 “He told me I should close down the program, because me and my program are a problem for him,” says Vakho Sanaia, host of Reportaji on the Georgian public broadcaster's Channel 1.

TBILISI, DFWatch — There is a crisis in pro-government TV in Georgia, after an opposition coalition won the parliamentary election.

October 5, several well-known anchors and journalists at Imedi TV, which is controlled by Saakashvili’s government, each wrote on their Facebook pages that soon they will have to leave the TV station.

“I will soon have to say goodbye,” writes Nanuka Zhorzholiani. She used to host ‘Nanukas Show’, a program on Imedi made in a similar format as The Ellen DeGeneres Show with high ratings, especially in the regions.

Despite several episodes of the show already being taped, the program’s team was asked to leave. But the owner of the show promised she will return with better ideas later.

TV company Imedi on Saturday released a statement which says it will only broadcast news from now on, in order to ‘protect and further develop the level of democracy’.

In addition, Imedi will allocate time for representatives of political parties and create new political and social talk shows.

The government-controlled TV company expresses hope that the new government will ‘honorably continue the democratic heritage and not interrupt the activity of free media, not restrict freedom of speech.’

Imedi has some of the most popular sitcoms and comedy shows in Georgia, which will all be shut down following the decision: Shua Kalakshi, for many years the most popular TV series; and also the Night Show, the Men’s Show, and others.

“We consider it is special responsibility of TV company Imedi to become a watchdog for democracy as it used to be before and provide unbiased, objective and balanced information for our society on the processes of the country’s political and social life,” the statement says.

Almost all journalists and anchors have informed their viewers that they are leaving.

Meanwhile, the two well-known journalists Vakho Sanaia and Eka Khoperia from the Public Broadcaster told viewers via Facebook that they were asked to close down their TV programs.

Eka Khoperia hosted the program Auditoria, which had discussions about current social topics, while Vakho Sanaia was anchor for program Reportaji, which made reports about important events in Georgia and abroad.

Vakho Sanaia says he and the director of GPB couldn’t agree about the program.

“He told me I should have closed down program, because me and my program are problem for him and because of political processes it doesn’t suits him,” – Media.ge quotes him saying.

Eka Khoperia wrote on Facebook she was told to close down program as soon as possible.

GPB director told her Auditoria needs to close as ‘he doesn’t want rallies at the office stairs.”

As for Rustavi 2, several parties claim they plan to return their shares of it in order to restore its true face. Rustavi 2 played an important role in support of the rose revolution which brought Mikheil Saakashvili to power in 2003, after which it fell under government control and became the foremost in producing heavily pro-government biased reporting.