Government wants parliament to have more time to prepare budget

Government wants parliament to have more time to prepare budget 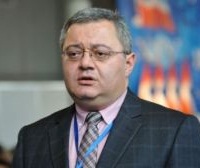 TBILISI, DFWatch–Prime Minister Bidzina Ivanishvili’s Georgian Dream bloc wants to keep having a relatively low threshold for amending the constitution and to give parliament longer time to work out a budget before it leads to a government’s dismissal and a new election.

The governing coalition wants to keep the current two thirds minimum number of votes for changing the constitution. Under the constitutional amendments which will be enforced after the presidential election this year, the minimum number of votes to adopt an amendment will increase from two thirds to three quarters, but the ruling coalition now wants to adopt an amendment, which will leave it as it is now.

This means a two third majority or 100 votes will be enough to adopt constitutional amendment and also a quorum to overturn a presidential veto, which similarly was planned to be increased from two thirds to three quarters.

Therefore, the coalition will still be able to overturn presidential vetoes, should such a thing become necessary after a presidential election which it looks set to win, and it will remain hard for the minority National Movement party to block constitutional changes.

There will also be a new section in the constitution about how to deal with the process of approving a budget, that gives parliament two more months to work out next year’s budget before it leads to the dismissal of the government and potentially a new election.

Under the current revised constitution, the president has a right to dismiss the government and dissolve parliament if a budget is not confirmed by the end of the year. Georgian Dream wants to extend this deadline two months into the budget year. If that happens, and the country lacks a budget, the previous year’s budget will be followed for those two months.

If that deadline is not met, it will not mean that the president immediately gets the power to dismiss parliament, as today with the year’s end deadline. Instead, the failure to pass a budget by the deadline will automatically be considered a declaration of distrust towards the government, and it must step down. But if the parliament then is unable to form a new government, the president will get the power to dismiss parliament and announce a new election.

Speaker of Parliament Davit Usupashvili said Sunday the new bill would not make the prime minister able to change the government without permission from parliament.

He said that the constitutional amendments passed by the president’s National Movement party, which will come into force after the presidential election in October, would grant the prime minister the right to replace ministers without permission from parliament, but the new draft will take away this right.

“What is written now in the constitution is that the prime minister in ten minutes can change every minister confirmed by parliament and then in ten days change them once again without even asking parliament,” he said, adding that this will change and the permission of parliament will still be needed.

Another abolished right will be that the prime minister will not have the right to enforce draft bills as a law without permission from parliament.

“Under the model prepared by Saakashvili, the prime minister has a right to adopt the law without parliament. Of course we will abolish this mechanism and say that the parliament is the legislative body and a draft cannot be named law without its permission, he added.

One further modification, mentioned two weeks ago, is that a Georgian citizen with dual citizenship can become president, prime minister or speaker of parliament. Under current rules, persons with dual citizenship cannot hold those three top positions, but they can become MPs or ministers. This is relevant for Prime Minister Bidzina Ivanishvili, who until now has been entitled to hold the post despite being a foreign citizen due to a special law. Mr Ivanishvili is a citizen of France.

The new constitution which comes into force after the election this year has been the subject of much anticipation in Georgia, as it will shift the balance of power in favor of the parliament at the expense of the president. There have been repeated amendments since the revised constitution was passed in 2010.