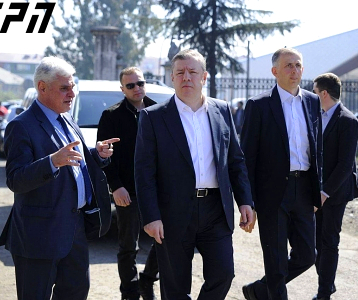 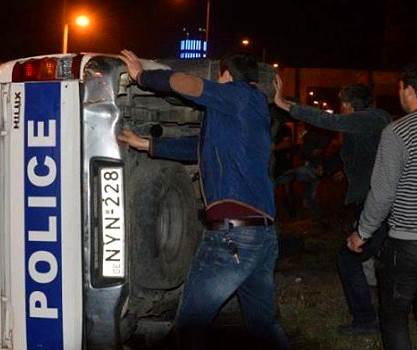 TBILISI, DFWatch–The government and the largest opposition party in Georgia are blaming each other for being behind a riot that shook the Black Sea resort city Batumi last night, injuring dozens and leaving the burgeoning tourist destination in disarray.

A special unit of the riot police managed to quell the riots by 6am Sunday morning. The top health official in the autonomous Adjara region said 33 people have been hospitalized in the riot; 15 of whom are police officers.

“This is a country which has a very constructive government, which loves the country and fully respects the rights of its citizens,” Kvirikashvili told journalists on Sunday

in Batumi after a meeting with the minister of internal affairs, the Batumi mayor and other officials.

The PM added that part of the opposition is “absolutely destructive, openly defies the country’s stability and the rights of our citizens to live in a peaceful country, and uses even the most delicate feelings [of people] for their own political goals.”

The PM refers to statements made by some leaders of UNM and other opposition parties that expressed support and solidarity with the protesters. However, when the peaceful protest went viral, many of them distanced themselves from the riots.

Deputy Prime Minister Kakha Kaladze claimed that some opposition politicians have called on their supporters other places in the country to hold rallies in solidarity with those protesting in Batumi.

The UNM denies these accusations and claims that the authorities are responsible for mismanaging the situation. At a briefing on Sunday, deputy head of the UNM’s political council, Zaza Bibilashvili said the riots were ‘well organized’, indicating that the government was behind the unrest.

“We demand a quick and transparent investigation of yesterday’s events. The people who organized it and carried it out should be identified and strictly punished, in accordance with the law. In addition, the political responsibility for yesterday’s events lies squarely with the Ivanishvili regime,” Bibilashvili said.

Up to 40 people have been detained so far. Batumi City Court has begun reviewing their cases.