Gordon calls on Saakashvili and Ivanishivli to cooperate

Gordon calls on Saakashvili and Ivanishivli to cooperate 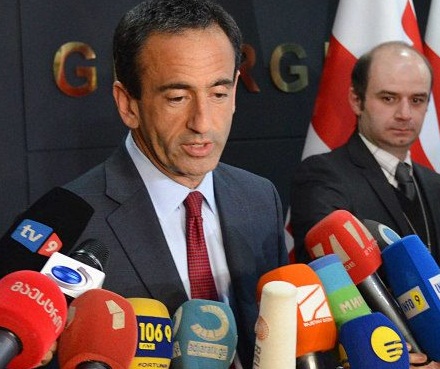 The prime minister was critical of how the meeting went, explaining that Western concern is absolutely understandable, but that the government is trying to explain as best as possible that the process is democratic and assure that there is no selective justice.

“We remarked the success that we achieved by the transfer of government, but at the same time the US, Europe and the international community has a desire that the detention processes are transparent,” Ivanishvili said after the meeting. “I share their concern – when a new government comes and there are such detentions, many questions arise, especially from democratic countries which are not used to detentions of the previous government by the new government.”

The prime minister said they tried to explain that there is no political persecution and selective justice.

Philip Gordon congratulated the prime minister on the election results and the peaceful transfer of power. He once again remarked that this was the first time government power has changed though election and the country has become a model for the region.

He said the US is following the interaction between the Georgian president and prime minister, noting that the president made positive steps, as he the recognized election results, admitted defeat and supported a democratic transfer of power. There were positive signs in the prime minister’s statement, when he said that he doesn’t plan to amend the constitution and let the president remain for one year.

The assistant Secretary of State underlined that the president and prime minister represent different parties, which is very positive. He expressed a desire that both parties cooperate and take steps forwards to the West.

Philip Gordon also commented on the recent detention of former government officials. He said crimes should be investigated and people should be held responsible, but this shouldn’t be directed only against political opponents. The process should be transparent, following the principles of justice.

He called on both sides not to make accusations, fight and punish and to avoid selective justice and persecution.

Philip Gordon said the US is awaiting the prime minister in Washington in the near future to further deepen relations between the two countries.