Iormughanlo is a village at the river Iori and lies in the Kakheti region in the south eastern part of Georgia. The village has a population of not more than 2 000, according to the most recent census data, predominantly ethic Azeris.

The majority of families in Iormughanlo have sheep as a livelihood. While walking in the streets of the village, drops of blood are visible from recently killed animals, especially on Fridays, the market day.

On Friday morning, a large market is organized some way out of the village limits, on the right side of the highway. People mostly sell fruits and vegetables, meat and other products, but you can also buy clothes and household items. 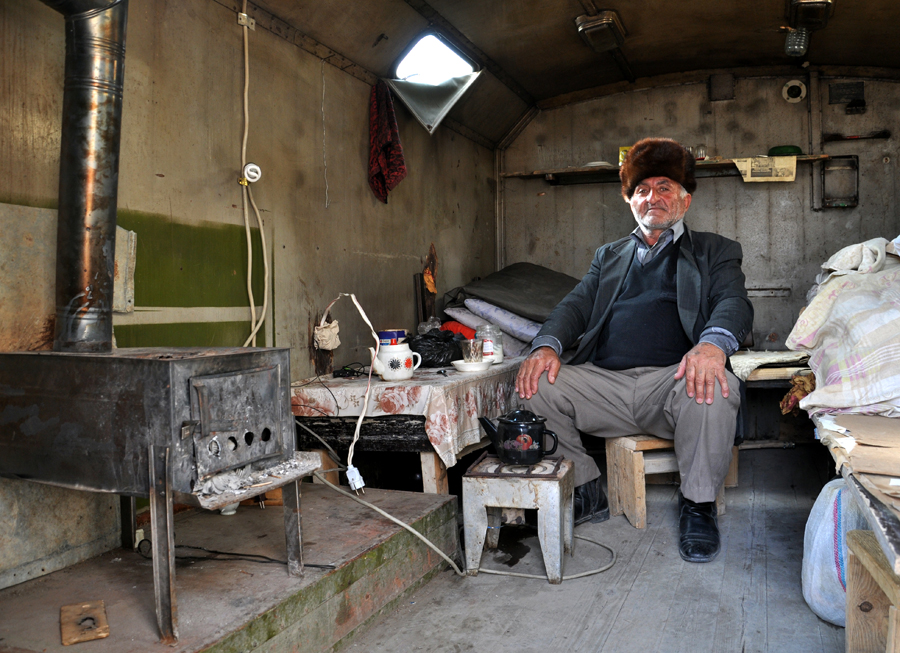 This man is a market guard. Even when everybody has left and the market is over, he is always at his wagon protecting the area from being robbed. He is expecting a print of a picture we took of him, to display at his wagon someday. 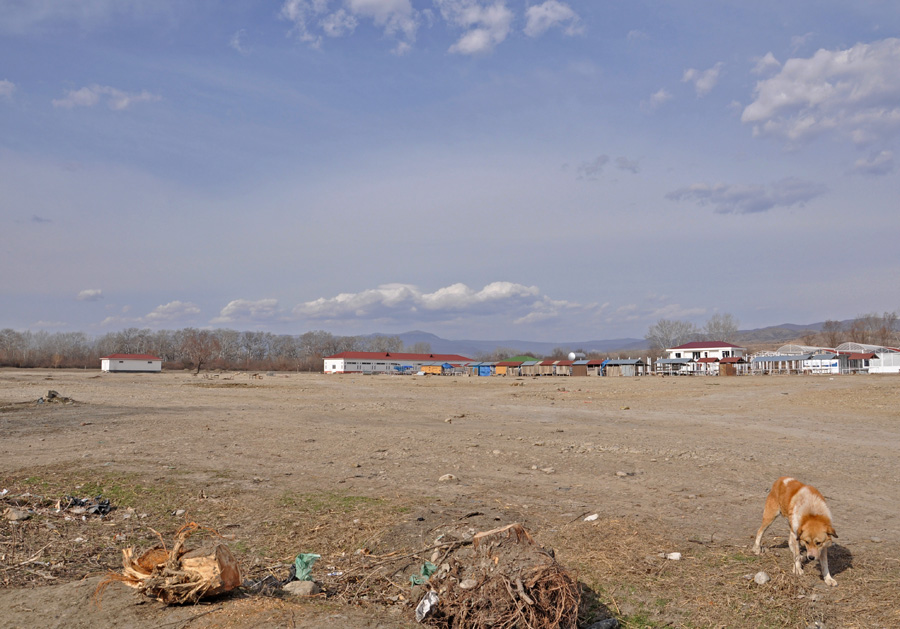 Dogs seek for food after market is over (Mari Nikuradze)

Shortly after afternoon, the market is completely empty. Dogs are walking around looking for food. This homeless man says he always comes here on Fridays in order to collect food and things which may be useful for him. 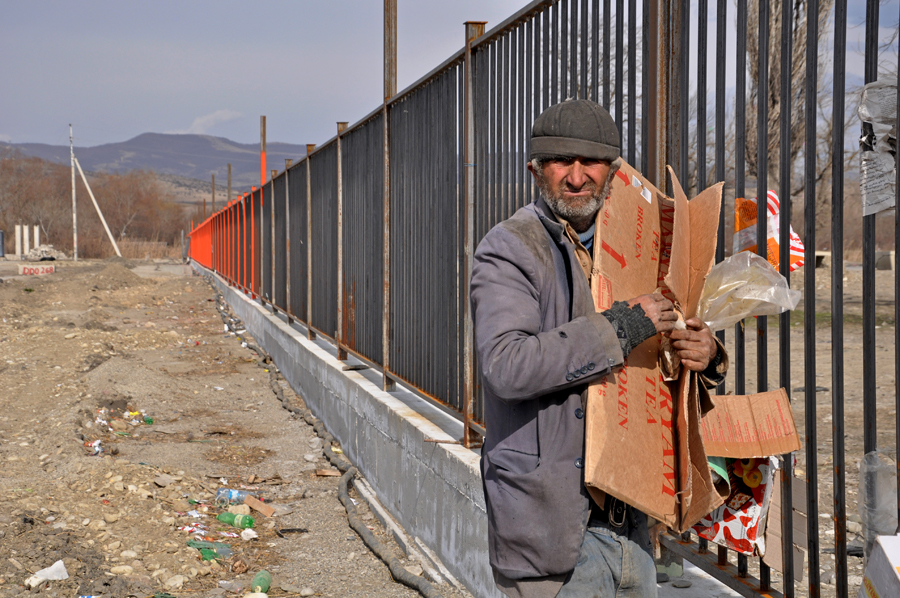 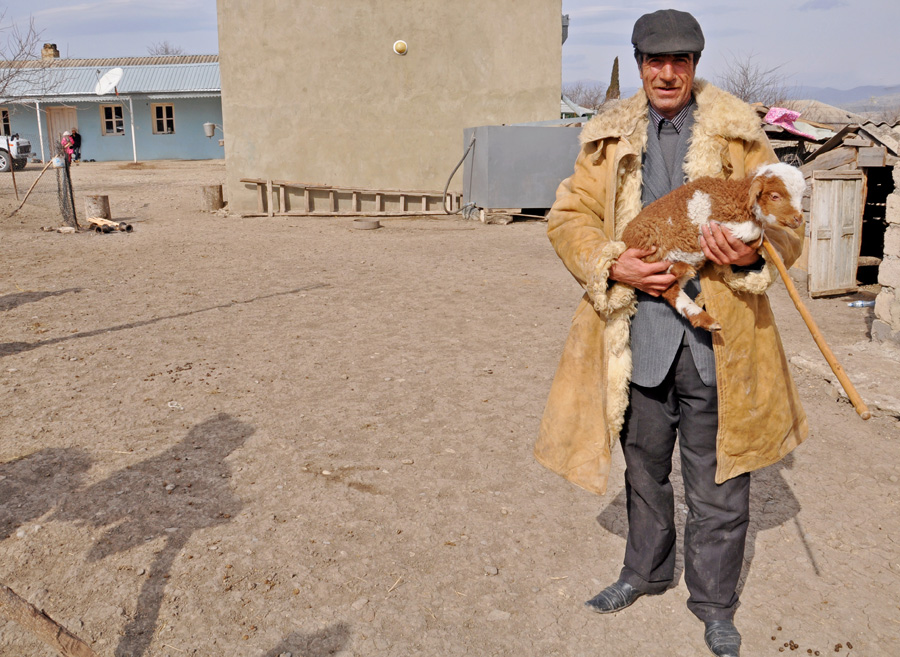 This man owns about 60 sheep and nearly ten cows and calves. He kindly shows us all of them, leading them out from the stable to the yard. Most of the gardens in the village are completely empty: no benches, no tables, no grass or flowers, maybe a couple of trees, and usually with some chickens prancing round the yard. 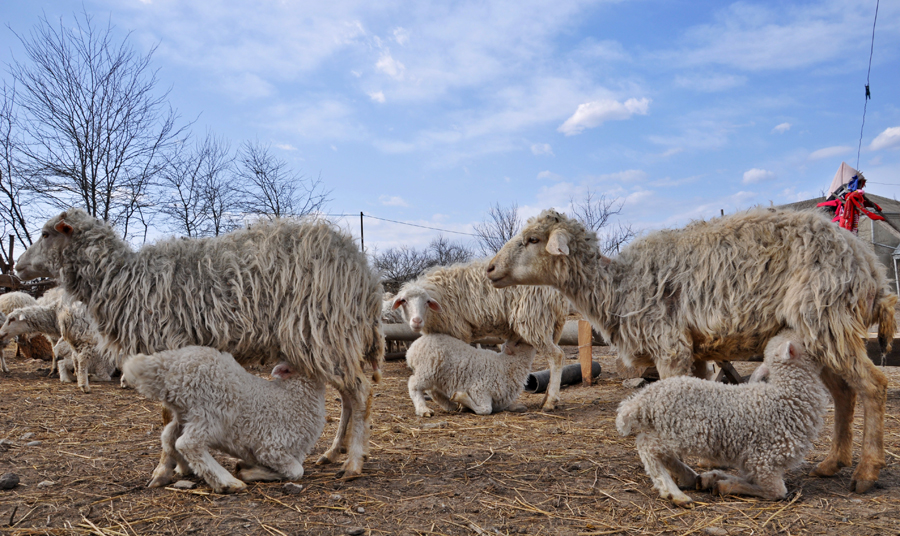 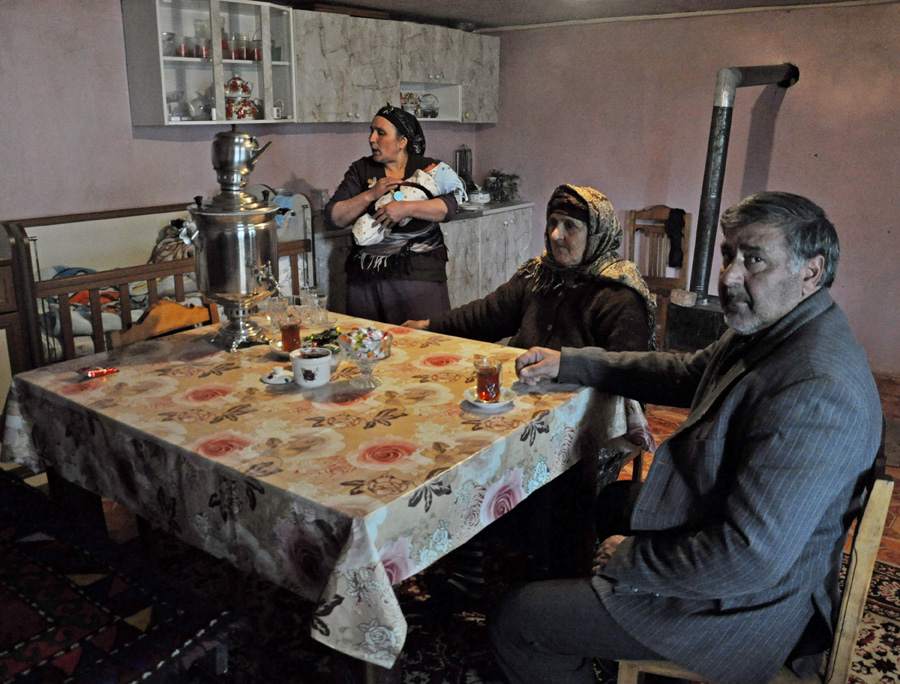 This family showed us a traditional samovar, used for making tea. There are two kids in the family. They own about twenty cows and only a few sheep. Milk and milk products are for sale. 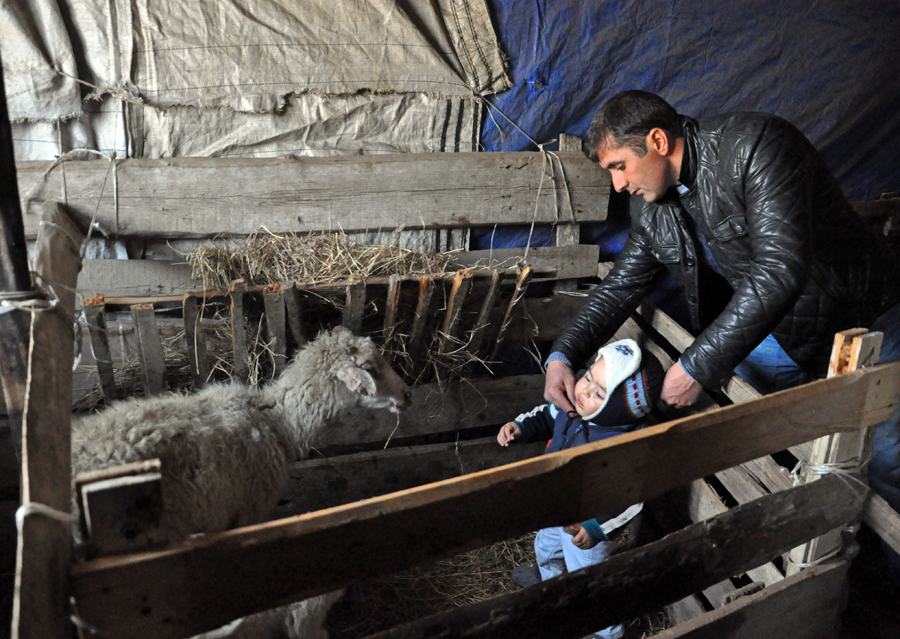 Father letting his kid to play with a lamb (Mari Nikuradze) 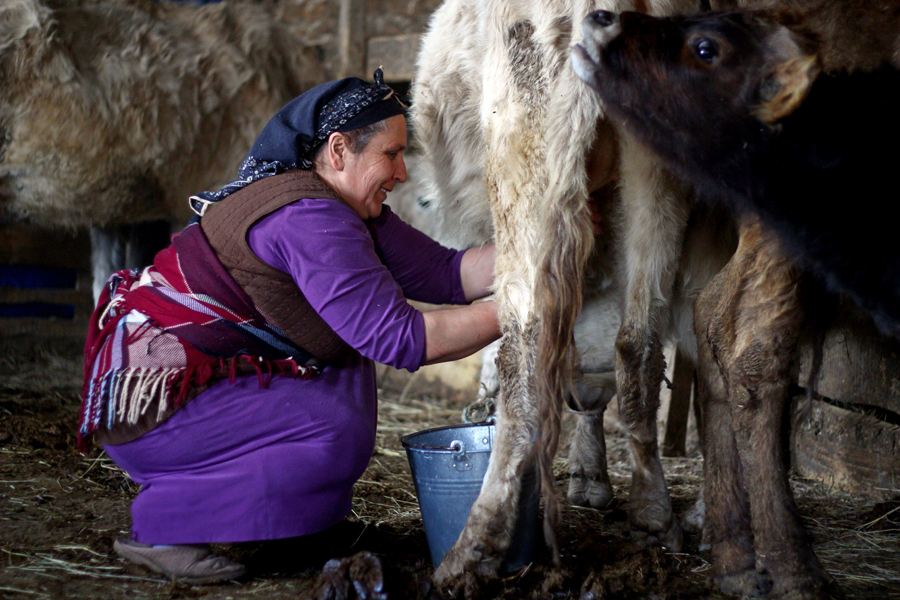 Grandmother is milking a cow in a stable (Mari Nikuradze)

In the evening, the men gather in the streets to play backgammon or just talk. 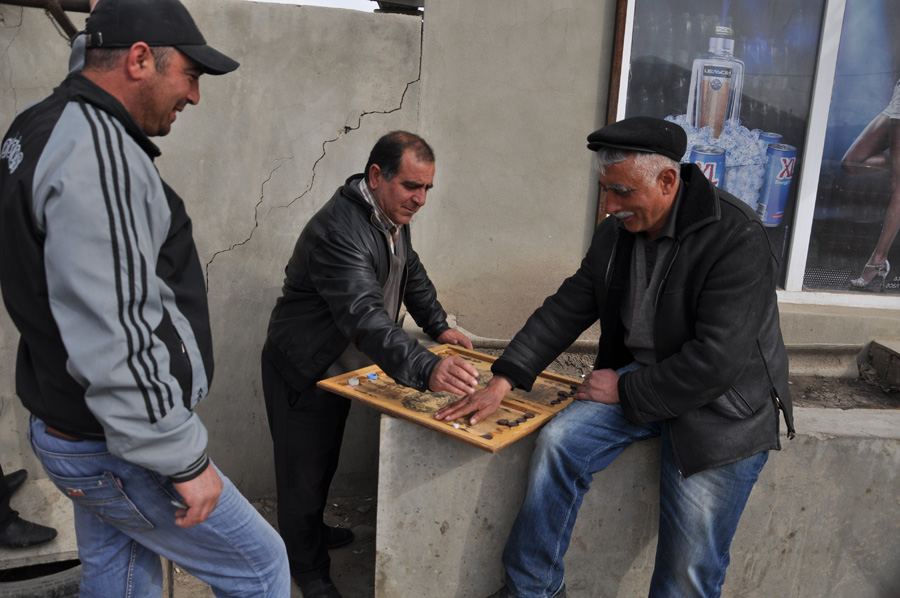 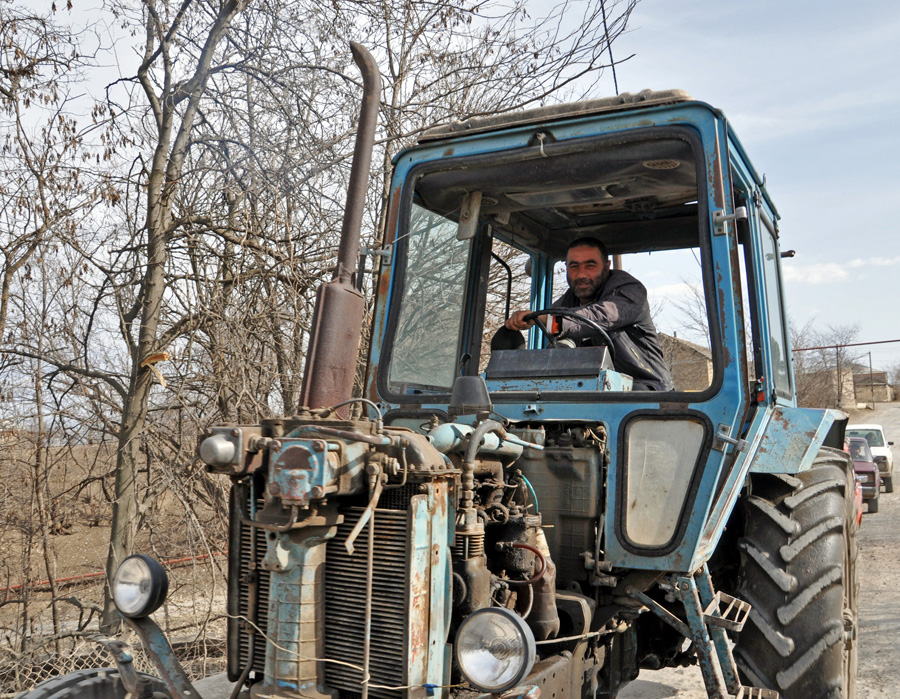 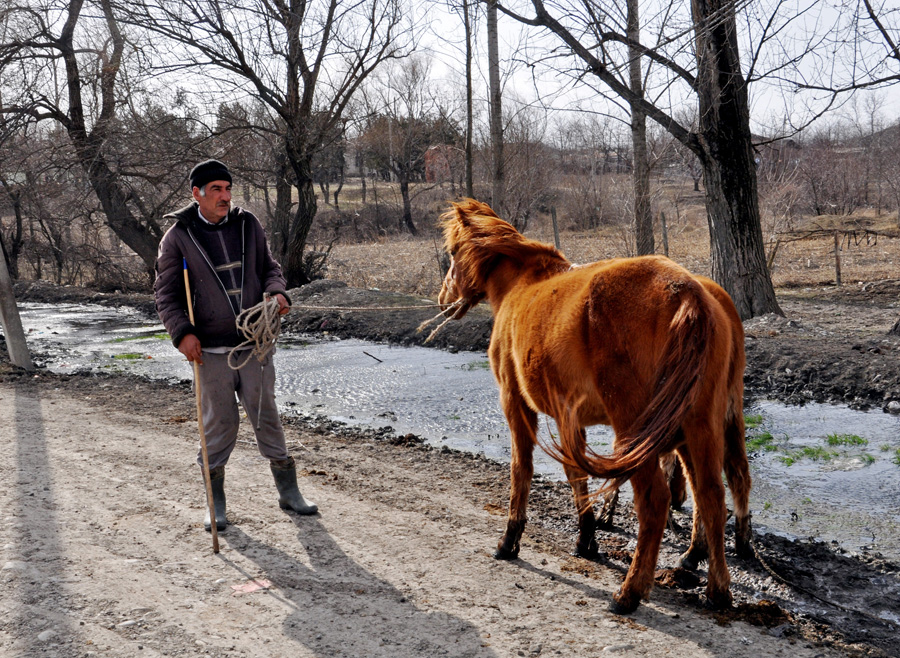