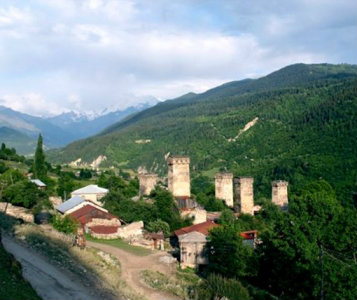 Mestia is one of the most important tourist destinations in Georgia. (Interpressnews.)

The reports differ on important details, but most say three German tourists were robbed along the road from Zugdidi to Mestia, one of the most well-known tourist destinations in the country.

Rustavi 2 reported that the car the Germans were driving was stopped at 4am by two armed robbers.

One of the tourists was severely beaten and brought to the emergency ward at a hospital in Tbilisi in a serious condition, said the TV channel, citing Interior Ministry spokesperson.

But Interpressnews said the beating could not be confirmed by the ministry.

The robbers took money and technical equipment from the tourist, according to Interpressnews. Rustavi 2 also noted that clothes were taken by the attackers.