Georgia’s security council will meet, though many members absent

Georgia’s security council will meet, though many members absent 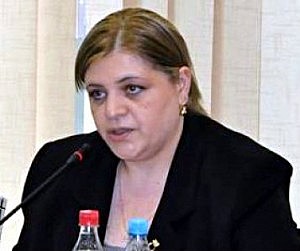 TBILISI, DFWatch–The Georgian president has called a meeting of the National Security Council tomorrow to discuss an issue that may influence the country’s territorial integrity, but several central figures in the government are unlikely to show up.

President Giorgi Margvelashvili called the meeting a week ago to discuss how to respond to a proposed new pact between Russia and Abkhazia, a disputed region that broke away from Georgia in a war over 20 years ago.

Security Council Secretary Irina Imerlishvili said the new pact may be an attempt by Russia to annex Abkhazia.

But despite the serious agenda of tomorrow’s meeting, which will be held in the government office, several government tops are likely to be absent.

Defense Minister Irakli Alasania, who is a permanent member of the council, asked the president to postpone the meeting, as he has to visit France and Germany at that time.

But Imerlishvili was adamant that the council’s session will go ahead as scheduled.

Also the head of the Joint Staff will be absent, as he has to visit Estonia. At least there will be one of the deputy defense ministers present, but it is not clear which one of them will attend.

It’s not even clear that the prime minister will show up. Irakli Garibashvili has created his own security council-like body, which is called the Security and Crisis Management Council, and it has almost the same functions as the president’s security council, the one that is meeting tomorrow.

In fact, it is possible that most of the council members won’t be in Georgia at all tomorrow, at least according to Reconciliation Minister Paata Zakareishvili.

Foreign Minister Maia Panjikidze said that there is no point in holding a council session if most of the members are absent. She said she cannot exclude that she herself may also be absent, as she may visit a neighboring country, but she is not sure about the dates.

The lack of coordination is seen as another example of rivalry between the president and the prime minister.