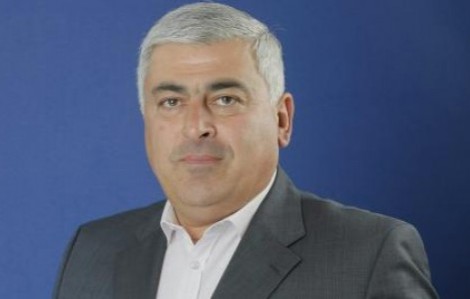 TBILISI, DFWatch–Georgia’s ruling party was rocked by a sex scandal Saturday after a staff member of a high profile politician accused him of sexual assault and physical violence, sparking a public outcry.

Police have launched an investigation against Ilia Jishkariani, a member of Tbilisi City Assembly (the Sakrebulo), after his assistant accused him of beating and attempting to rape her.

The politician was taken to hospital after a heart attack, Beka Davitualiani, head of the Georgian Dream faction in the Sakrebulo, told reporters Saturday, adding that he can’t draw any conclusions at this early stage while an investigation is still underway.

The female assistant’s story was first reported by Mtavari Arkhi (“The Main Channel”), a TV company recently established by journalists who left Rustavi 2 after its takeover.

According to Tamta Todadze, the incident occurred at Jishkariani’s office in Tbilisi during working hours. The young woman showed injuries sustained during the incident.

As the public reacted with outrage to the scandal, Georgian media pressed high-profile Georgian Dream politicians trying  to make them comment on the case, but all have declined, pointing to the ongoing investigation.

“It’s unthinkable for a person to do such a thing,” Tbilisi Mayor Kakha Kaladze said Saturday. “I’ve known this person for several years […]. It’s a very serious accusation, and needs proof.”