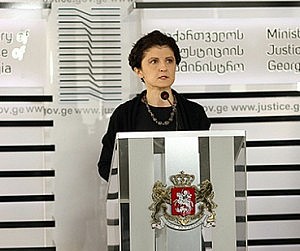 The TV company, which is affiliated with the opposition UNM, said it based its report on a source inside the ruling Georgian Dream party.

Although having no formal authority, Ivanishvili is seen as wielding power over the Georgian government.

Rustavi 2’s report has been neither confirmed nor denied by GD representatives.

Georgians go to the polls in the fall of 2018 to elect a new president.

Other candidates pitched in the media include the incumbent and former PMs, Giorgi Kvirikashvili and Irakli Garibashvili, and Minister of Foreign Affairs Mikheil Janelidze.