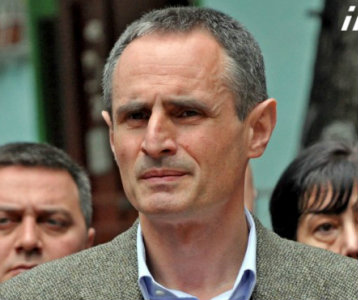 Nevertheless, GD says the loss of Shalva Shavgulidze poses no significant threat to the integrity of the parliamentary majority, as they will maintain their majority seats even if ‘up to five’ more of their MPs switch sides.

Shavgulidze was formerly a popular lawyer and is elected as a majoritarian from the affluent Vake district in Tbilisi. He announced his exit from the coalition on Friday and said he would side with Irakli Alasania’s Free Democrats Party.

Shavgulidze didn’t explain his reasons for leaving the coalition, mentioning only his close ties with Free Democrats since the party was founded.

But Tina Khidasheli, a MP from the Republican Party and member of the coalition, said that there is no threat to the majority as there are 12 more MPs who might side with the coalition in the parliament, apparently implying members of the independent faction and MPs without party affiliation.

Meanwhile, all three members of the Free Democrats faction in the parliament whose affiliation had been under question, left Alsania’s party and sided with the coalition and thus remained with the majority.

The GD coalition currently has 75 seats in parliament, falling short by one MP to have a majority. Before the crisis, GD had 83 seats. Then 7 out of the 10 Free Democrats faction members left the coalition, and adding Shavgulidze, it has had a loss of 8 MPs in total.

But GD apparently will maintain a majority thanks to unaffiliated MPs, mostly from the regions, who have no firm political stance and usually prefer siding with the political force in power, as most of them own businesses and usually use their political leverage to protect their businesses, although Georgian legislation univocally forbids commercial activity by members of parliament.

“Don’t worry, the majority will be retained so firmly that if 5 more MPs leave the coalition, probably even more, we’ll maintain majority,” Zurab Tkemaladze, member of Georgian Dream – Entrepreneurs faction, a member of the GD coalition told journalists Friday evening.