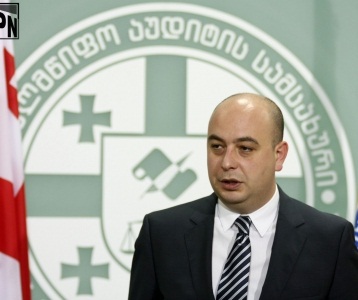 TBILISI, DFWatch–The Prosecutor’s Office in Georgia has begun examining the finances of the biggest government ministries.

This follows findings by the Audit Office of violations in several ministries expenditures.

Head of the Audit Office, Lasha Tordia, said the violations were mostly found in the bodies which has most financing.

“There are problems at the health, defense and interior ministries. The extent of the audit at these bodies is very big, as there is more purchasing and financial transactions there. These bodies are natural bearers of more risks,” he said.

He also says there are violations in bodies with smaller budgets as well, like the sports ministry, for example the running of stadiums, errors in the database of socially vulnerable people during the former and the current governments. There are violations about purchasing in the education ministry as well, but it concerns the period when Dimitry Shashkin was a minister during the National Movement government.

According to the 2013 report by the Audit Office, there was a loss of 132 million laris in the state budget.

Most of the violations found by the office mostly concern the period during Saakashvili, but there are also claims of embezzling of tens of millions of laris in terms of the new government.

One of the cases that may be a violation concerns the Defense Ministry purchasing tires, accumulators and spare parts. One of such deal took place in March, 2013.

But the Audit Office also found other violations in the purchasing history Defense Ministry in 2011, 2012 and 2013. Possible violations are found at Defense Ministry’s Georgian Food Ltd Company, also military research center Delta, 100 percent of shares of which belongs to the state, but the case concerning Delta has top secret status.

The Audit Office, body tasked by parliament to check on the state’s expenditures, has sent parliament documentation about the possible violations.

Representatives of the affected ministries claim they have no idea what violations was found by the Audit Office.

Deputy Interior Minister Levan Izoria says that there has been an internal audit there for half a year, while the Audit Office checks the ministry every year, but he still doesn’t know what violations Tordia means.

Refugee Minister Sozar Subari says that the Audit Office is checking his ministry. Finance Minister Nodar Khaduri says the same, but doesn’t have information about the findings resulting from the audit.

Energy Minister Kakhi Kaladze said that the office hasn’t contacted his body yet.

When it comes to the largest ministries, the Prosecutor’s Office spokesperson told DF Watch that an investigation has been launched for these cases, but didn’t offer more details.