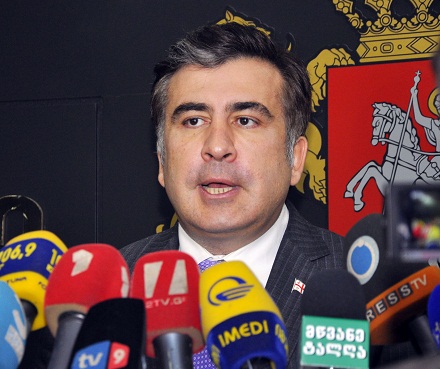 TBILISI, DFWatch–The Georgian president has decided to set October 31, 2013, as the date of the presidential election.

A few hours before this became known, October 27 was named as Election Day, but the head of the president’s administration held a briefing to say that it was a technical error and the election will be held on October 31.

The Georgian constitution specifies that the presidential election must be held in October, but it is the right of the president to set the date. Some have joked that President Saakashvili twice set the date, because there was an expectation that he would choose a date at the very end of October. He doesn’t have a right to run as for president one more time, and it is believed that he doesn’t want to leave. Announcing the election date twice and moving it by three days ahead strengthened this view.

Election campaigning starts as soon as the election date is set. The deadline to name candidates for parties and initiative groups will be September 10, or 50 days before Election Day.

If a government official is presented as a candidate in the election, the law doesn’t requires them to resign. The Georgian Dream coalition has already named Education Minister Giorgi Margvelashvili as its candidate. United National Movement, their main competitor, has not yet selected a candidate and is in the process of conducting primary elections. There are four candidates in the primary, with Davit Bakradze, former Speaker of Parliament, as frontrunner.

The UNM’s primaries are to some degree part of its election campaign, as along with the voting, conferences are being held in the regions of Georgia where the candidates have a chance to debate, after which there is a ballot to vote for the preferred candidate.

Nino Burjanadze, who used to be Speaker of Parliament in late period of Shevardnadze’s presidency and in the beginning of Saakashvili’s presidency, also plans to run in the election.

The interagency commission was first created for the snap presidential election on January 5, 2008, and was the president’s initiative. It is meant to facilitate cooperation between political parties, non-governmental organizations and the government.