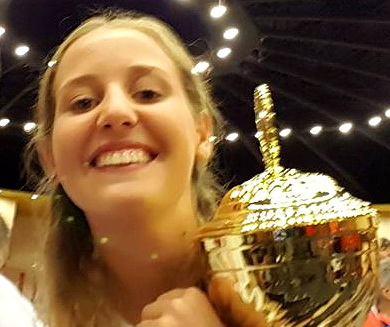 Yesterday’s win at the European Youth Chess Championship in Prague, Czech Republic, is the second time Khomeriki claims the title. Her first win was in 2015 in Poreč, Croatia.

Both times, Khomeriki won in the U18 category.

“Georgian chess player confidently, without a defeat, reached the highest pedestal,” the Georgian Chess Federation wrote in a statement.

24 Georgians competed in the Prague championship. Their results are available here.