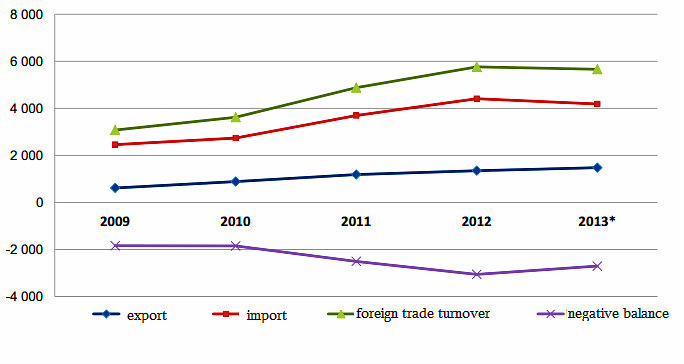 TBILISI, DFWatch–Foreign trade turnover in January-July 2013 fell by 2 percent compared to the same period in 2012, according to preliminary data from Georgia’s National Statistics Department, GeoStat.

The negative net balance in January-July was USD 2 710 million, which is 48 percent of the whole foreign trade turnover.

Precise data will be published on August 26.