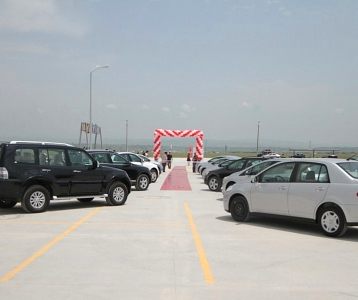 Used cars (12%) and copper ore (12%) are two of the categories of goods Georgia exports most of. (Interpressnews.)

TBILISI, DFWatch–Georgia’s foreign trade turnover in the first four months of 2014 was 13 percent less than in the same period last year, according to preliminary figures published by the National Statistics Department, GeoStat.

There was a negative trade balance in the measured period of USD 1,637 million, which is 54 percent of the total trade turnover.

GeoStat will publish precise trade data on May 21.