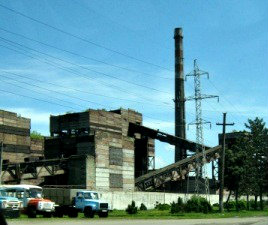 The Ferro factory in Zestaponi. (Interpressnews.)

According to the new monthly report by the National Statistics Department, GeoStat, export was USD 122 million; a 22 percent reduction since last year, while import amounted to USD 405 million; 25 percent less than last year.

The negative trade balance was USD 238 million, which is 54 percent of the whole trade turnover.

Petroleum gases and other gaseous hydrocarbons was on the top list of imported products with USD 52 million – 13 percent of import, followed by oil and oil products – USD 32 million – 8 percent less and used cars – USD 28 million, which was 7 percent of the whole import.