Georgia’s dead prime minister: The case that won’t go away

Georgia’s dead prime minister: The case that won’t go away 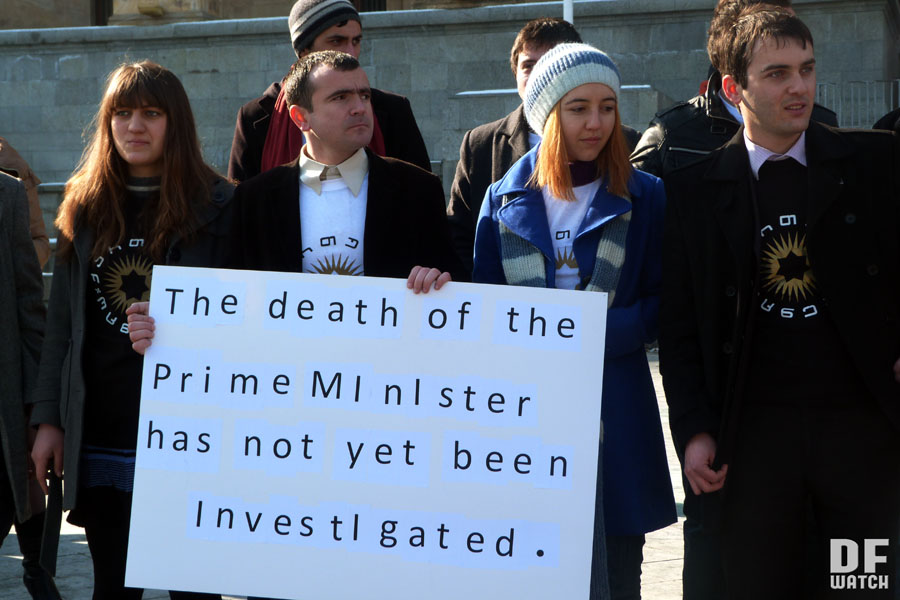 Zurab Zhvania was at the head of the rose revolution in 2003 alongside Mikheil Saakashvili and Nino Burjanadze, then became prime minister, but died just over a year later under mysterious circumstances. The case files from the investigation have not been released. (Photo: Mari Nikuradze.)

TBILISI, DFWatch – Seven years after his death, the anniversary of Georgia’s late prime minister Zurab Zhvania is still testimony to the fact that many refuse to accept the case as closed.

Some of the youth who gathered in front of parliament in Tbilisi Friday bore signs that simply said “investigate”.

Even though there were some examinations done by authorities after the death of Zhvania in 2005, the unanswered questions are strong enough in the view of the protesters to question the account, and many in the country believe he was killed.

According to the official version, Zhvania died while in the house of a friend, Raul Iusupov, the Vice-Governor of the region Kvemo Kartli. Both of them were said to have died due to a poisonous gas from a malfuntioning heater.

But his wife and brother say it was a murder and what is necessary now is to find out who gave the order. 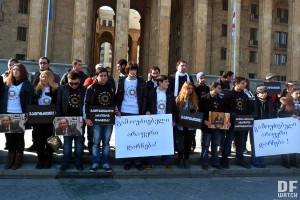 Zhvania was one of the leaders of the 2003 Rose Revolution, which brought Mikheil Saakashvili to power as president, Zhvania as prime minister and Nino Burjanadze as speaker of parliament. When Zhvania died just over a year later, the Prosecutor’s office launched an investigation, but the results remain unknown to the public.

“We demand that the investigation continues, as it is not yet closed; not only Zurab Zhvania’s case but all the other murder cases, which are suspiciously pro-longed – they all should be investigated and closed,” Otar Stepanishvili from the Georgian Dream tells DF Watch.

He represents a new opposition movement founded by the richest man in the country, Bidzina Ivanishvili, who recently went into politics.

The youth wing of the Georgian Dream promises to continue a permanent protest directed against illegal acts in Georgia, the protesters say. The youth observed a ten minutes’ silence holding photos of Zurab Zhvania and posters, one of them saying ‘nothing will remain uninvestigated.’