Georgia’s Association Agreement with EU through the technical part

Georgia’s Association Agreement with EU through the technical part 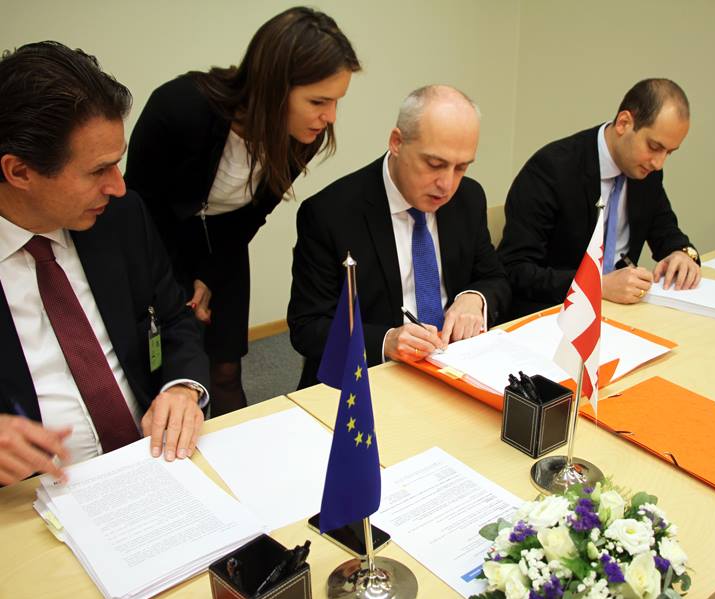 TBILISI, DFWatch–The technical part of the initialization of Georgia’s Association Agreement with the EU is finished, and tomorrow is the official part of the proceedings.

Initialization of the thousand-page document lasted about three hours.

“Every single day before signing the agreement and after signing must be directed that Georgia implemented complete political association and economic integration in the European family step by step,” Zalkaniani said.

He thanked people both in the current and previous government who had been involved in the negotiations with the EU.

“As Russian troops and barbed wire continue to encroach on our sovereignty, Georgia’s commitment to European and Euro-Atlantic integration stands stronger than ever,” said Maia Panjikidze, Minister of Foreign Affairs.

Stefan Fule, Commissioner for Enlargement and European Neighborhood Policy, said Georgia can count on the support of the EU in the future.

The initialization of the Association Agreement will be concluded on Friday.

“I congratulate whole Georgia and wish that Georgian business and Georgian economy will benefit greatly from this agreement when it comes into force after finally signing it in September of 2014,” the deputy economy minister said.