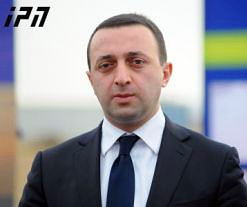 TBILISI, DFWatch–Belgium became the last member country to add its consent to Georgia’s association agreement with the European Union on Thursday.

The agreement has now been ratified by all 28 member states as well as EU’s own institutions and will come into force after Belgium’s decision has been officially announced.

In the beginning of December, former Prime Minister Irakli Garibashvili asked Belgium to speed up the ratification process.

Georgia signed an association agreement with the EU on June 27, 2014. Similar agreements were signed the same day by Moldova and Ukraine, but are still awaiting ratification.

The trade part of the agreements, what is called a deep and comprehensive free trade agreement, came into force on September 1, 2014 for both Georgia and Moldova.