Georgians in Syria will return home on Sunday

Georgians in Syria will return home on Sunday 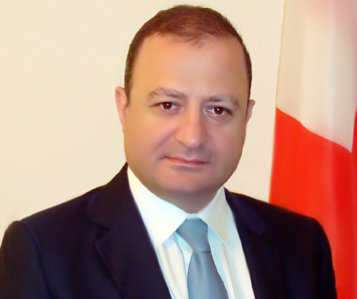 Georgia will cover transportation costs for 18 of its citizens in order to bring them home from Syria, where the US is expected to launch a military strike on the Assad regime in the near future.

Foreign Minister Maia Panjikidze said a few days ago that her ministry had provided the 22 Georgians in Syria with several options for how to get out, but they did not seem to be in a hurry and the exact time of their arrival was unclear until today.

“We agreed that Georgians will come back on a Beirut-Istanbul-Tbilisi flight. The general consulate will meet them in Istanbul and oversee their transit to Georgia,” Dzuluashvili said.

The Ambassador added that the fact that Georgian side covers all costs does not mean that they on principle denied Russia’s offer to help.

Prime Minister Bidizna Ivanishvili said yesterday that Georgia had received an offer of help from Russia in the evacuation of civilians, by using planes shuttling humanitarian supplies that on the way back bring passengers. The offer was relayed by Grigory Karasin, Deputy Minister of Foreign Affairs of Russia, through Georgia’s Special Representative for Russian Relations Zurab Abashidze.

Dzuluashvili explained that the Georgians in Syria were offered several options for how to get back home, and decided on their own which route to choose.