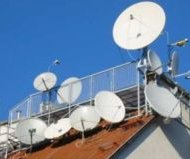 In most of Georgia, the news monopoly of three strongly pro-government TV channels has been broken, at least for two months. (IPN.)

TBILISI, DFWatch – The must-carry and must-offer principle is starting to have effect also around Georgia’s different regions.

People living in Kutaisi, Georgia’s second largest city after the capital, report that they are already able to watch Channel 9, Maestro and Kavkazia on cable TV.

But many people are having problems finding the new channels.

Subscribers to Silk TV, which is a cable TV company considered to be in with the government, cannot find Maestro TV, and the latter says it does not plan to ask this company to carry its signal in the network.

Mamuka Ghlonti, one of the founders of Maestro TV, writes on his Facebook page that Silk TV will be the only cable company which their TV channel will not ask to be transmitted by.

“The leadership of this company made statements abusing the dignity of the media, when they said that if Maestro behaves well, they will carry us. So, we won’t give the right to Silk TV to carry Maestro in the network until they apologize,” he says.

Silk TV has suggested to its clients to watch the government-critical Channel 9 and Kavkazia TV.

The cable TV company said it is ready to carry any other channels shortly after receiving a request with technical information from a TV company.

But according to the law, TV companies do not have an obligation to appeal to cable TV companies in order to be included in their packages.

“A few days ago, we discovered new channels in our network and on Sunday the whole neighborhood together watched Bidzina Ivanishvili’s performance of Batumi rally on Channel 9,” Elene from Kutaisi tells DF Watch.

She says that her family now watches Maestro and Channel 9, but cannot yet find Kavkazia in the network.

“We just knew that new channels would have been added to our networks, so for several days we were trying to find new channels, until we discovered Maestro and Channel 9.”

Elene says they subscribe to a cable TV company belonging to Omar Ghibradze, a local operator.

“About 60 families have this network in our house here.”

Tamar from Batumi, a port in the southwest near the border to Turkey, says their family used to watch news on Rustavi 2 every day, until recently.

“Of course we like the new package, but it so unusual watching Rustavi 2 and Channel 9 at the same time as they report completely opposite information. I’d like to have these new channels permanently, so does our neighborhood here.”

The government agreed to implement the principles of must-carry and must-offer only for a certain period – from the day when Election Day is set until the Election Day, which is 60 days.

Within these 60 days, cable networks are obliged to carry the signal of all broadcasters, but when the term is over there is no obligation to switch them off.

Now, the non-government organizations which were behind this initiative are fighting to make the provision permanent.

At a meeting with cable TV companies, broadcasters and the national communication commission, the people behind the initiative argued that it is wrong to establish this principle in the election legislation and to attach the new regulation only to the election period. They want the principles to be part of the media legislation and permanent.

Before the implementation of must-carry and must-offer, only pro-government channels were able to reach all the regions of Georgia, while independent and pro-opposition channels covered only Tbilisi, or certain regions. Their attempts to distribute satellite dishes to the population in the regions were almost destroyed by the government, which seized hundreds of thousand of satellite dishes belonging to Global TV and Maestro.

Natia Kuprashvili, chair of Regional Broadcasters Association, says that must-carry implementation in the regions is still in process, but there are technical problems, which is the reason for the delay.

There were additional problems in Kakheti, a region which was affected by hailstorm on July 19. First, there was no electricity, all networks were destroyed and the rebuilding is still ongoing.

“Now broadcasting is already fully restored in Telavi and Gurjaani and broadcasters are trying to find out why they aren’t switched on yet,” she tells DF Watch.

Kuprashvili focuses on a particular cable operator Gorda in Kakheti, which almost all media outlets reported on August 2 had switched on the signal of Maestro TV immediately.

“It was a surprise for us. They had serious technical problems because of the storm and except that we always had serious problems with this company to switch broadcasters in its networks. I cannot say whether it really switched Maestro or not, but it is very surprising to me.”

During a period when media reported about Gorda switching on the new channels, Natia Kuprashvili says she had information that the company hadn’t even an opportunity to transfer the signal to its own viewers.

She says there are problems in western Georgia too. Some channels aren’t willing to be more active, while the others took care two weeks before the 60 day period and asked cable TV companies.