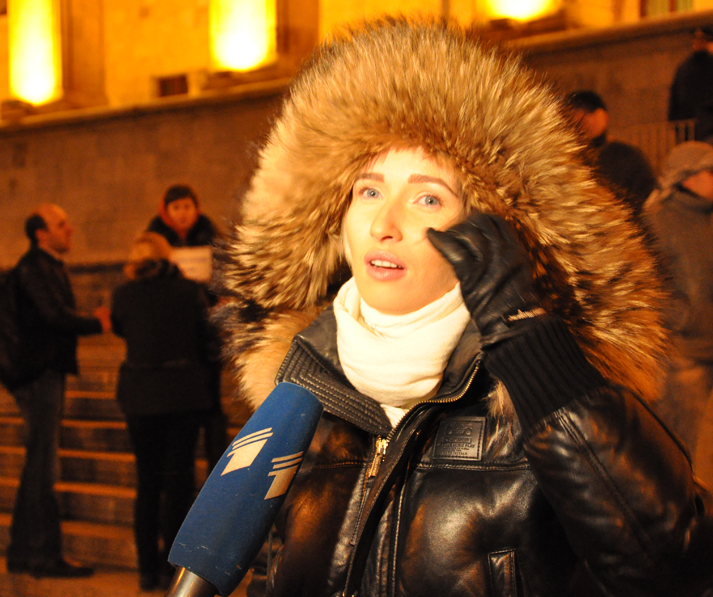 TBILISI, DFWatch–People gathered in Tbilisi again on Tuesday to show support for Ukraine despite the frosty temperatures and cold wind.

About 50 people showed up outside the old parliament building carrying Ukrainian flags to express support for the Ukrainian people, who they say, want the same as Georgians – Euro-integration – and the choice of the Ukrainian and Georgian people is the same – both want to move towards the EU.

Tuesday’s rally drew several Ukrainan citizens who currently live in Georgia, who came to thank Georgians for their support and observe their position towards the actions of the government of Ukraine.

“Seeing all those photos and reports from Ukraine, what the government is doing to its own people, those dispersals, tears are in my eyes, as I am a son of this country,” one of the participants said.

Microphone and speakers are installed at the parliament building for the rallies which will be held every day at the same spot until there is peace in Ukraine.

The Ukrainian singer Ivana Melai performed the Ukrainian national anthem. The Georgian version of the anthem was also heard during the rally.