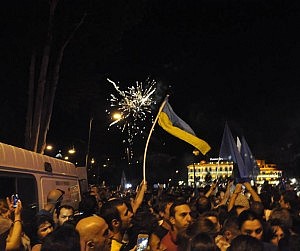 TBILISI, DFWatch–On June 27, Georgia became part of a big family, President Margvelashvili said at a concert in Tbilisi to celebrate the event.

The concert took place at Europe Square near the presidential palace and was to celebrate the signing of a so-called association agreement with the European Union earlier in the day in Brussels.

Immediately after Prime Minister Gharibashvili and other leaders had put their signature on the document, around ten in the morning Brussels time, the concert began. 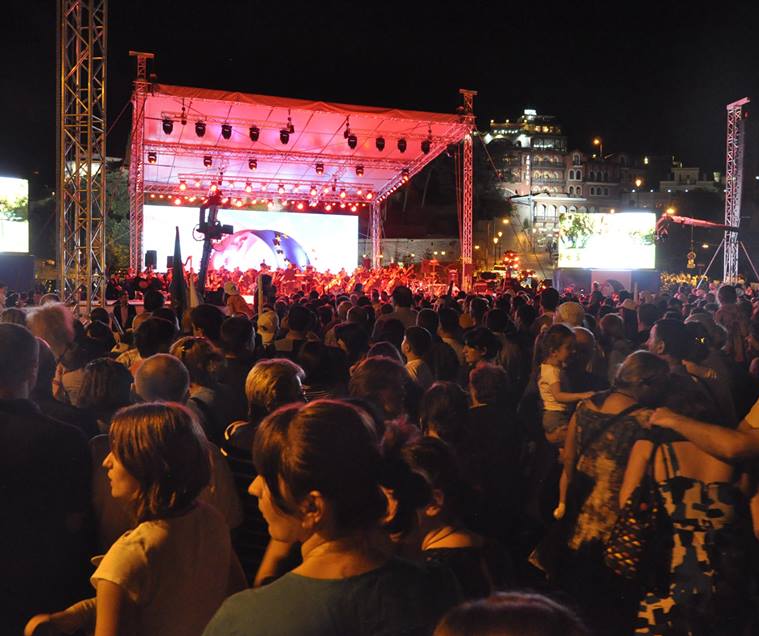 Georgian musicians, some of them having arrived from abroad, came on stage and congratulated Georgia on this important step. UK-based singer Katie Melua performed a song written specially for the occation.

Among the others who performed at the concert, which lasted till late night, were Paata Burchuladze, Nino Surguladze and Anita Rachvelishvili.

The Georgian delegation returned from having signed the document in Brussels, and Prime Minister Irakli Gharibashvili and President Giorgi Margvelashvili congratulated Georgians on this “historic day”.

“We have become part of a big family, where every small or big nation has an opportunity to develop their culture, statehood, uniqueness,” Margvelashvili said.

On June 28, the prime minister will hold a meeting with foreign diplomats concerning the EU association agreement.