Georgian woman speaks out about acting in anti-Islam film

Georgian woman speaks out about acting in anti-Islam film 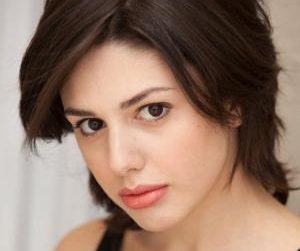 Anna Gurji (21) unwittingly played Muhammad's youngest bride in the controversial film Innocence of Muslims. In an open letter, she says she is in shock over how she was taken advantage of by the film's producers.

TBILISI, DFWatch – A Georgian actress who played in the anti-Islam movie ‘Innocence of Muslims’ has released an open letter explaining that she didn’t have any idea about the full plot of the film and only read part of the script.

Anna Gurji (21), whose real name is Giorgobiani, today published an open letter explaining in detail about her participation in the film which has caused widespread demonstrations against Western embassies in many countries during the last week.

She says the producers lied to the cast members and changed it into a completely different product.

A problem she speaks about is that when her role was approved they didn’t send her the script. She never read the full script, only those parts in which she played — which were translated to her.

Anna didn’t see anything unusual about it as she in the past experienced the same thing, when only her part of the role was translated in the script.

“There was no mention EVER by anyone of MUHAMMAD and no mention of religion during the entire time I was on the set,” she writes in the letter.

Gurji in the controversial film plays the young girl Hilary, who is sold by her parents to a tribal leader and becomes one of his youngest brides.

“The film was about a comet falling into the desert and different tribes in ancient Egypt fighting to acquire it for they deemed that the comet possessed some supernatural powers.”

She says they were working on a film called Desert Warrior, not Innocence of Muslims, and it was supposed to have been a fictional drama.

Filming was conducted in a friendly environment together with the director and a person responsible for her, Sam Bassil, who promised to send tickets for her friends and relatives. However no one informed them about the premiere of the film.

“I have not seen the final product (if there is any, except for the short one that is uploaded online),” Gurji writes.

Anna writes she was in shock when she saw the final product.

Georgian TV stations have tried called her for an interview, but Gurji refuses, saying that she doesn’t plan to give an interview unless the situation calms down and people are ready to hear the truth.

Her sister Khatuna Giorgobiani says the U.S. government has hired a bodyguard for the young Georgian actress — and even lawyers to keep her safe.

The movie Innocence of Muslims caused thousands to protest in many countries, because it presents Muhammad as a greedy womanizer, a killer and a homosexual.

The protests have continued all over the Arab world until now.

September 12, CNN released a joint statement by the 80-member cast of the movie.

“The entire cast and crew are extremely upset and feel taken advantage of by the producer. We are 100% not behind this film and were grossly misled about its intent and purpose,” they write, “we are shocked by the drastic re-writes of the script and lies that were told to all involved. We are deeply saddened by the tragedies that have occurred.”

Cindy Lee Garcia is another actress who played in the film. She had a short role playing the mother of one of the girls who is to marry Muhammad. She explains that she didn’t have any idea about the offensive plot of the movie that she was told was named Desert Warrior.

Georgian actress Gurji expressed her condolences to the families of the victims of the last week’s demonstrations. But despite the tense atmosphere surrounding the film, Ana writes that she is not going to hide.

“I don’t know what else to do but speak the truth. I will not go into hiding (since I have nothing to hide), because if we don’t speak the truth, there is no world worth living for.”

The protests started on September 11 in Egypt and Libya and spread to other countries during the following days, targeting especially U.S. but also other Western embassies.

An attack on the U.S. Consulate in Benghazi, Libya, resulted in the death of U.S. Ambassador Chris Stevens and three other Americans.

The Georgian government has condemned the attacks.