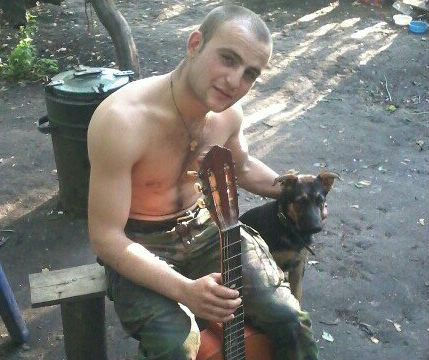 Two Ukrainian militiamen, including Irakli Kutelia, an ethnic Georgian volunteer, were killed on Wednesday afternoon and seven others were injured as their infantry fighting vehicle ran over a mine near Donetsk, Ukrainian and Georgian media report.

Irakli Kutelia was a member of 93rd brigade of Ukraine’s army and fought among the ranks of Donetsk airport defendants, better known as ‘Cyborgs’, who fended off constant attacks of Donetsk separatist militia and supporting Russian forces for almost four months from Sept. 2014 till Jan. 2015.

In the announcement released on Wednesday, Ukraine’s Anti-Terrorist Operation (ATO) headquarters states the attack was conducted by the ‘Kremlin mercenaries.’